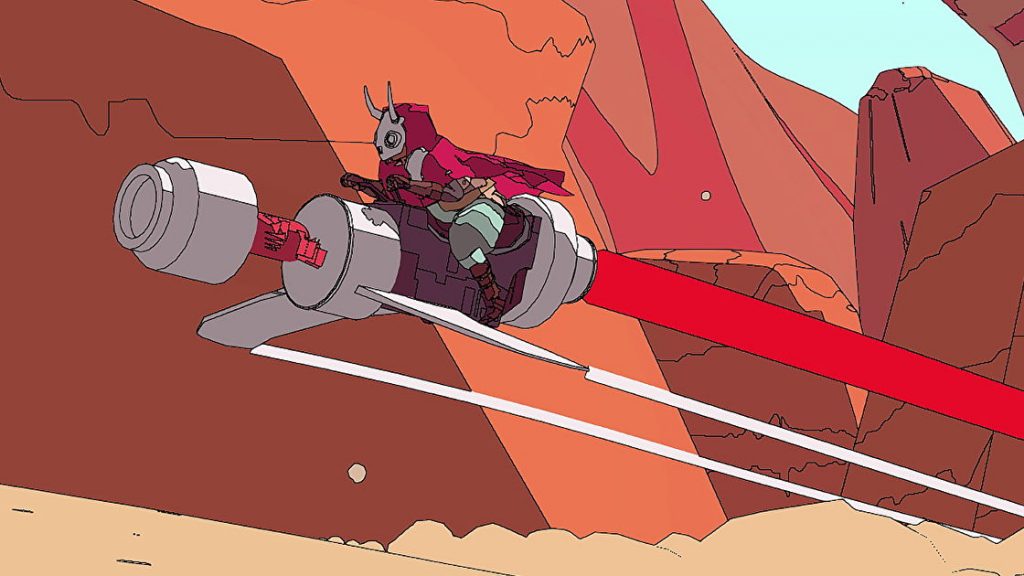 EGX 2021 kicks off this Thursday at London’s ExCel, and RPS will be there doing what we do best: interviewing developers and uncovering lots of brand-new indie games for you to enjoy. In particular, we’re going to be talking to the creators of Sable about the game’s art and inspirations, as well as Inkle’s narrative director Jon Ingold about the making of their nautical murder mystery game, Overboard. It’s going to be a fun time, so if you’re making the trip down, be sure to stop by the EGX Theatre stage while you’re there. Read on for the full rundown of all things RPS at EGX.

Kicking things off on Thursday October 8th, the RPS video squad will be putting together another of their always excellent Indies Uncovered streams. Broadcast live to the EGX showfloor (and the EGX YouTube channel, for those of you who can’t attend this year’s show), this year’s edition of Indies Uncovered will see vid buds Colm and Matthew (RPS in peace) play a bunch of indie games available at the show. The stream kicks off at 12pm and lasts until 3pm.

Hot on the heels of Indies Uncovered, I’ll also be chatting with Shedworks’ creative director Gregorios Kythreotis and technical director Daniel Fineberg about the art and inspirations behind their gorgeous new adventure game Sable. Having drawn comparisons to French comic book artist Moebius, we’ll discover how Shedworks created Sable’s signature look, and how it evolved from a striking series of online GIFs into a finished game. We’ll also dive deep into the inspirations behind the game’s story, and unmask the true nature of Sable’s beautiful desert homeworld. This starts at 3pm over on the EGX Theatre stage, just after Indies Uncovered.

Finally, on Sunday October 10th, I’ll once again be taking to the EGX Theatre stage to sit down with Inkle’s Jon Ingold to talk all things Overboard. Made in 100 days during lockdown earlier this year, we’ll be taking a behind the scenes look at this highly replayable detective game where you’re the one whodunnit. We’ll discuss Inkle’s switch from branching narratives to automated scripts, the challenges of announcing and launching a game on the same day, as well as all the best ingredients for a convincing murder setup on a 1920s cruise ship.

EGX 2021 runs from October 8th to October 10th at the London ExCel, and you can still buy tickets for it right here (and read up on our Covid safety guidelines while you’re at it). You can also see the full schedule for everything else that’s going on at the show, including what our friends at Eurogamer, Dicebreaker and Cosplay Central are getting up to on Friday and Saturday. We hope to see you there.