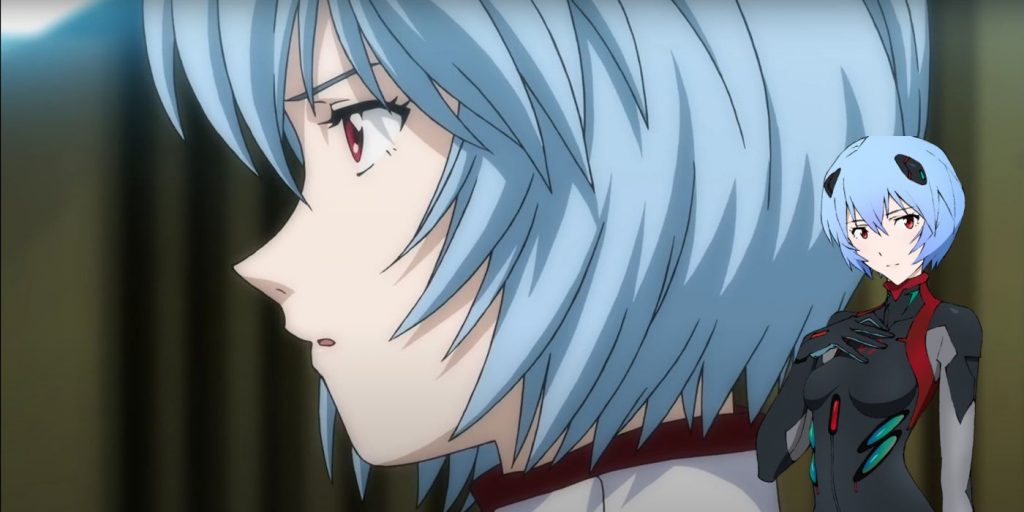 Rei Ayanami got some substantial changes in the Rebuild of Evangelion films and her new personality deserves a fitting cosplay tribute.

When Hideaki Anno started working on the Neon Genesis Evangelion remake, visual enhancements were at the forefront as animators were no longer restricted to limitations of the past. This also means cosplayers have more sources of inspiration when it comes to representing their favorite characters from Rebuild of Evangelion.

Whether it’d be for story purposes or merely aesthetic reasons Rebuild of Evangelion brought along new characters, threads, and looks as the anime continued to expand. However, for most fans, the original EVA pilots really can’t be beaten, and such is the case for cosplayer and model Miss Mononoke.

Rei Ayanami was one of those characters to get a small refresh in Rebuild of Evangelion since she eventually leaves behind her classic white EVA unit-00 plugsuit in favor of a black model that looks a lot like Kaworu’s SEELE suit. With that in mind, Miss Mononoke puts on the blue wig to recreate a Rei Ayanami reimagined by illustrator Shunya Yamashita and sculptor Mitsumasa Yoshizawa to fit her Rebuild of Evangelion mold.

The new Rei instead goes for a mostly black suit with smaller details in dark red and green, and her new gear also has a tiny “09” in red that shows quite a few more pilots have joined the NERV ranks besides, Shinji, Asuka, and Rei. Miss Mononoke, who can also be found as Tami Yuurei on social media, ditches the lower half of Rei’s plugsuit in her cosplay for a racier look that’s a bit bewildering considering Rei’s more timid personality.

Of course, Rei is still a clone, so her personality is pretty much a blank canvas that can be colored differently in each iteration, as shown from the differences between anime Rei Ayanami and the later clones in Evangelion 3.0: You Can (Not) Redo. Neon Genesis Evangelion fans love debating who their favorite EVA pilots and units are, though very few prefer Shinji and his exasperating outbursts, so it usually becomes a case of choosing the best girl between Rei and Asuka or maybe opting for a more obscure character like Toji, Kaworu or newcomer Mari.

There’s no telling where the final Evangelion film 3.0+1.0 Thrice Upon a Time could take all these characters, and Western audiences will have to wait extra long before the movie makes it out of its record-setting run in Japanese theaters, which itself saw setbacks on account of the pandemic. Until then, well there are plenty of Asuka cosplays to go around.

Evangelion: 3.0+1.0 Thrice Upon a Time is now playing in theaters in Japan.

Star Wars: This Character Would Have Been Great In The Sequel Trilogy