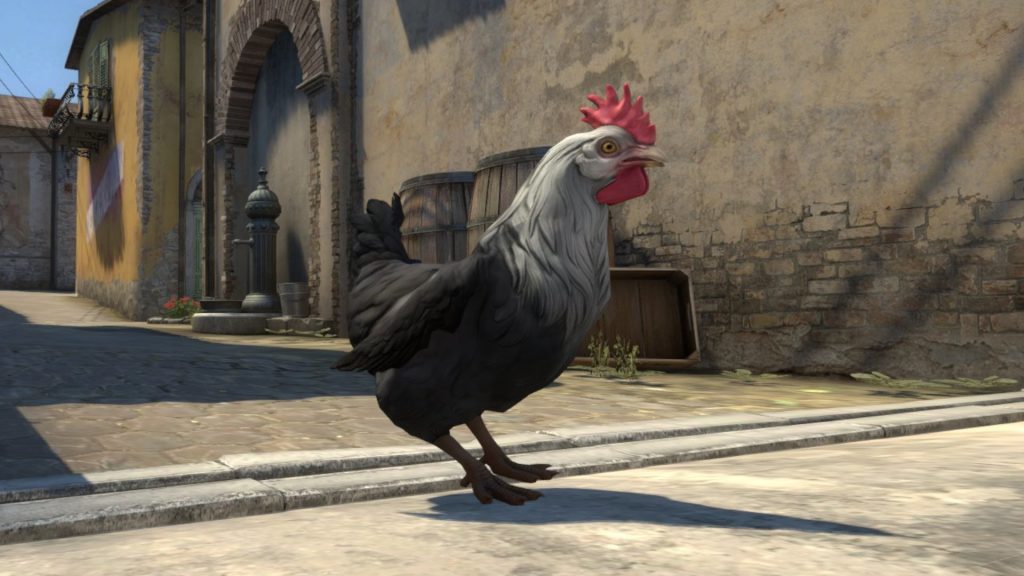 Counter-Strike: Global Offensive has gotten a major update this week, one that adds a selection of new features and, more controversially, a new paid stat tracking service. But that’s just the actual stuff. The important stuff. I’m here for the fun stuff, which is improved chickens. Yes, the chickens have gotten an upgrade.

The patch notes simply say that “chicken models have received a visual upgrade”. There are five colours of chicken – black, white, black with a white head, brown, and white with a brown head – but, distressingly, the community has discovered that they all leave behind the same colour of feather when killed. No word yet from Valve on when this game-breaking issue will be rectified.

Chickens have been the subject of a number of easter eggs from the CS:GO devs over the years, including special costume changes to coincide with various holiday updates. Here’s hoping there continue to be some updates that might give the new chickens new reasons to celebrate.

Seriously, these guys are too majestic to be left behind.

For more FPS games, you can follow that link.