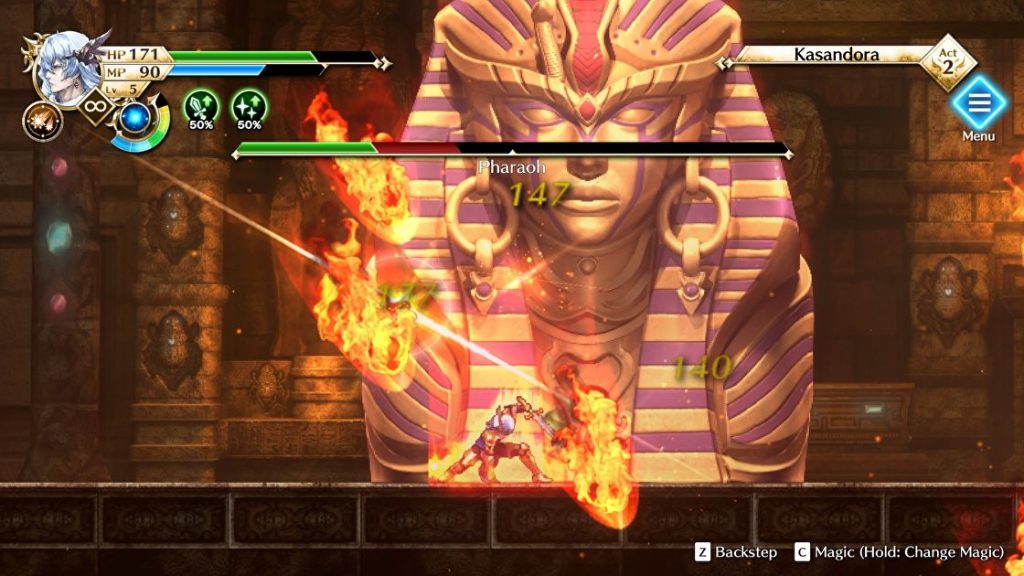 What’s up 90s kids, how would you like to jump back into a SNES platforming city-builder that was first released 30 years ago? Last night’s Nintendo Direct had a surprising amount of PC news on offer, including the announcement that a remake of ActRaiser is available to play on PC right now. Named ActRaiser Renaissance, Square Enix say they’ve given the game a “complete graphical overhaul”, as well as added some new features for players to try.


Who knew 2021 would be the year we all flew back in time? Last week we got more Outcast and Jagged Alliance, now this.


ActRaiser first launched for the Super Nintendo Entertainment System in 1990. It plonks players into a world where a godlike being named The Master must fight his way through evil beings who’ve taken out civilisations. That’s where the city-building comes in, you’ll get to create and manage settlements to protect, you know, when you’re not jumping around bopping bad guys.

Square Enix say the remaster adds more detail to environments, characters, monsters and more, improving the 2D visuals. It also has new city-building segments and a new region, as well as a remastered soundtrack with 15 new songs. You can toggle back and forth to the old soundtrack if you’d like though.


On top of that, there’s a new RTS game mode too, Settlement Siege, in which you’ll need to make decisions on how to protect your settlement from an oncoming horde.


“When under siege, you’ll need to place blockades and palisades, then make use of heroes to fight against the attacking foes, recruiting one from each region that you spread your influence to, and also conjure powerful miracles to help protect your followers and deal out divine justice to the advancing monsters,” Square say.


I never played ActRaiser, but I’m impressed with how many genres they seem to have mashed into one game. If you fancy it, ActRaiser Renaissance is out right now on Steam priced at £25/€30/$30. It’s also on Nintendo Switch, PS4, iOS and Android.