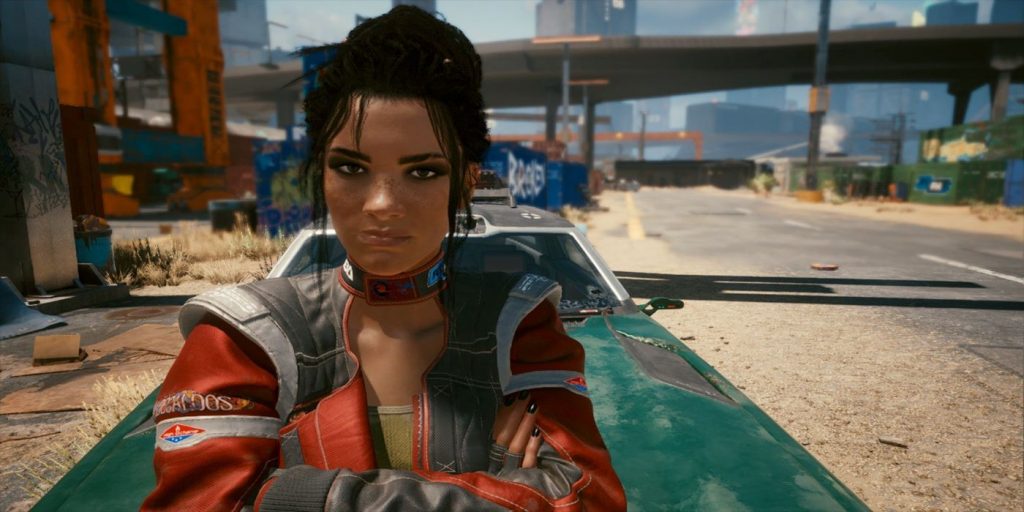 After combing the game files of the latest Cyberpunk 2077 patch, it seems new dialogue or romance options for Panam will release in the future.

There is a staggering amount of content within Cyberpunk 2077. While the quality of the content, at least on a technical scale, is a mixed bag, Cyberpunk 2077 still has a lot to offer players by way of weapons, side quests, and character interactions. Now, if the game files for the PC version of the game are any indication, it seems that players may have a lot more to look forward to in the future.

One thing that some players may not know going into the game is that Cyberpunk 2077 features romance mechanics. There’s a full list of romance options for Cyberpunk 2077 with a wide variance of characters to choose from, all of which possess certain requirements in order to romance. Though, as the game continues to expand and new updates continue to release, it seems likely that the romance features will become even more fleshed out.

As Reddit user stndn has pointed out, in the game files for the PC version of Cyberpunk 2077, there is new dialogue text between the player character and Panam Palmer, one of the most popular characters in the game. From what’s written in the patch files, there appears to be new romance text, a conversation where Panam and V discuss Jackie, and a text where Panam sends V an explicit photo.

What’s interesting is that while this dialogue is featured in the game files, neither of these examples were implemented in patch 1.2 of Cyberpunk 2077. So this could potentially allude to a future patch or maybe the DLC content for Cyberpunk 2077 that’s presumably going to release later this year. However, it should be noted that these patch files are only in reference to Panam.

If there’s one thing that can be said of Cyberpunk 2077’s latest patch, it’s that there is a lot included in it. So much so that one fan actually turned the Cyberpunk 2077 1.2 patch notes into a Star Wars opening crawl. Therefore, if there’s all this assumedly new content for Panam that could potentially get released later on, it’s incredibly likely that the patch notes hold quite a lot more secrets.

Despite the numerous setbacks that CD Projekt Red has experienced over the course of the last couple of years, it seems that the studio’s still committed to improving Cyberpunk 2077. Many fans would argue that the game is still nowhere near completion or is still unplayable on some platforms, but if the size of the latest patch is any indication, the developers are at the very least aware of these issues and are ready and willing to fix them.

MORE: 10 Tips To Make An Overpowered Hacker In Cyberpunk 2077

Days Gone Has a Second Chance at a First Impression