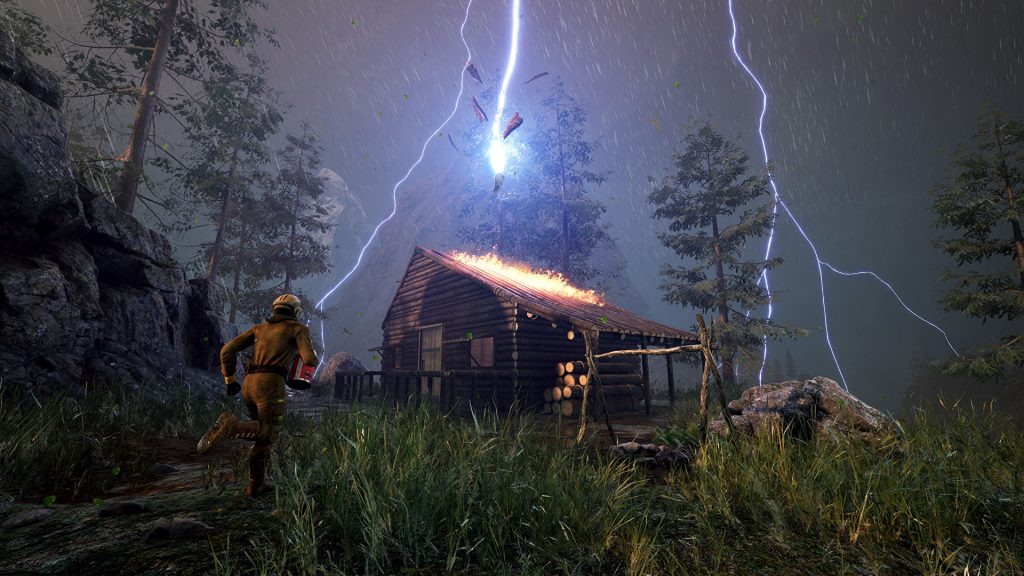 DayZ creator Dean Hall has been off with his company RocketWerkz working on their new extraterrestrial crafting survival game Icarus. They’ve now popped up to give a closer look at what your first drop onto the alien planet might be like. Their first livestream sure makes Icarus look like a prettier version of survival games I’ve seen a lot of, but RocketWerkz seem pretty focused on ensuring Icarus stands out for its session-based setup that challenges you to escape the surface on a drop ship instead of sticking around forever.


RocketWerkz showed off about a half hour of what playing Icarus for the first time will be like. It’s a survival game with building and crafting so, as you can imagine, that starts with whacking trees, picking stones up off the ground, and then using them to build yourself a little wood cabin for shelter. Beyond those usual survival concerns, Hall explains how you’ll need to collect oxygen to stay alive and avoid natural dangers like storms, forest fires, lightning strikes, and animals.


This initial look at Icarus feels very similar to other crafting survival games. The developers spent time whacking rocks with a handmade pickaxe. They collected berries for food. They pored through their crafting menus. They built a log cabin and filled it with storage containers and a furnace.


They’re pretty trees and rocks, and I do genuinely mean that, but the cooler part of Icarus is likely going to be what isn’t so much shown in this initial livestream. Icarus is what RocketWerkz are calling “session-based”.


You’ll need to survive down on the planet by making tools and building shelter and fighting wildlife and all but your real progression comes from scampering back to the drop ship with exotic loot to buy yourself new gear that will make your next drop even more efficient. If you die or don’t make it back to the drop ship in time, there will be consequences. In this particular livestream, they have a drop ship timer for just over 24 hours, though Hall explains that in the future we’ll be able to choose a length of session we want to run.


I’ve felt flippant about survival games these days because I’ve spent years of my life picking berries and building wood shacks in games. Don’t we have enough of these things? However, the recent success of Valheim (generally, and with me personally) has proven that I’m still totally still capable of excitement over the usual survival schtick provided it gives me just enough of something new to chew. With any luck, we’ll get a better look at Icarus’s hook, the session-based element, in the future.


To that end, “we know that players really want to see the game in action next,” RocketWerkz say. “So rather than another gameplay-oriented trailer, we plan to start regular developer streams on Twitch and just start playing it with our community.”


You can look forward to more developer livestreams in Icarus’s future, which you’ll find over on their Twitch channel.