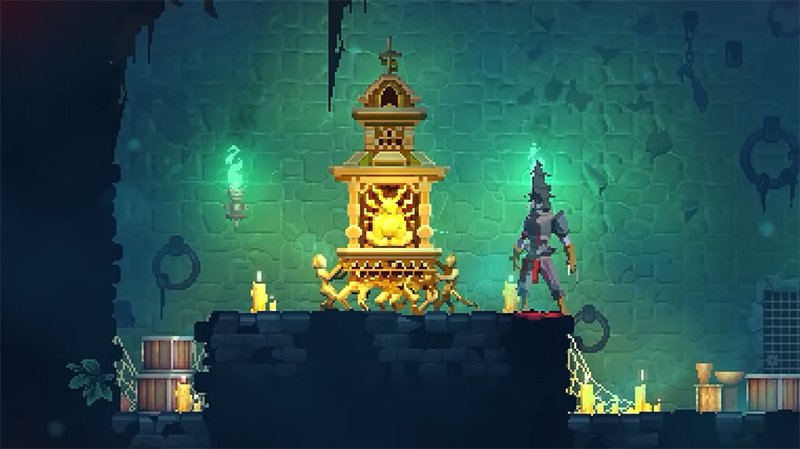 Dead Cells is still going after its influential release in Early Access in 2017 and then its full launch in 2018. It inspired a few games after its launch and now its next update (called the “Everyone is Here” update) is bringing in a slew of of those games that came before and after it in the search action platformer and roguelite genres. And now, the trailer for said update has finally dropped, showing all of these other indie stars in action. The update is currently out on PC and will come to other systems “at a later date.”

MORE: How Spider-Man Fights & Swings Around in Marvel’s Avengers

The trailer, as shown by its thumbnail, contains the protagonists from Guacamelee, Blasphemous, Hyper Light Drifter, Skul: The Hero Slayer, Curse of the Dead Gods, and Hollow Knight. These heroes show up in the game and have one associated skill or weapon and one skin. The new update adds a book at the start of each run in the Prisoner’s Quarters (the first biome) and gives players a challenge that rewards a character from one of the games upon completion. Lore rooms, on the other hand, will give a weapon or skill inspired by one of the aforementioned games. For example, the Pollo Power from Guacamelee will transform the protagonist into a chicken and fire explosive eggs and the Bone from Skul causes a whirlwind on the second swing and causes critical damage. The trailer gives a better look at all of these and more in action.

Motion Twin had first been teasing this update on November 4 through a cryptic tweet. The developer then started gradually hinting at more and more of these crossovers, culminating in the recent trailer.

The official patch notes, which are listed below, mostly includes bug fixes and updated mod support along with all of the new content.