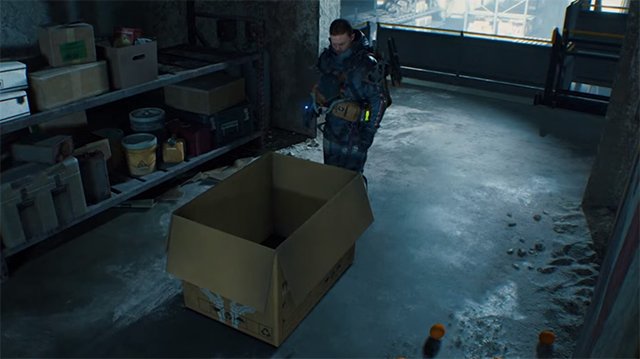 Death Stranding released on PS4 in 2019 and now it is coming out yet again on another PlayStation platform. Death Stranding: Director’s Cut is coming to PS5 sometime soon. Other platforms were not confirmed (the base game is also on PC and PS4), but Geoff Keighley said a full reveal was coming in the near future. Given Sony’s involvement with the original, it might be a PS5 or PlayStation exclusive for the time being.

The trailer showed Sam Porter Bridges in some sort of warehouse and had strong Metal Gear Solid vibes. There were multiple armed guards as Metal Gear-like music played in the background. Bridges then looked to a vent with a mouse scurrying around it before getting into a cardboard box, something familiar to Metal Gear Solid fans. He then hopped out and put it back on the shelf.