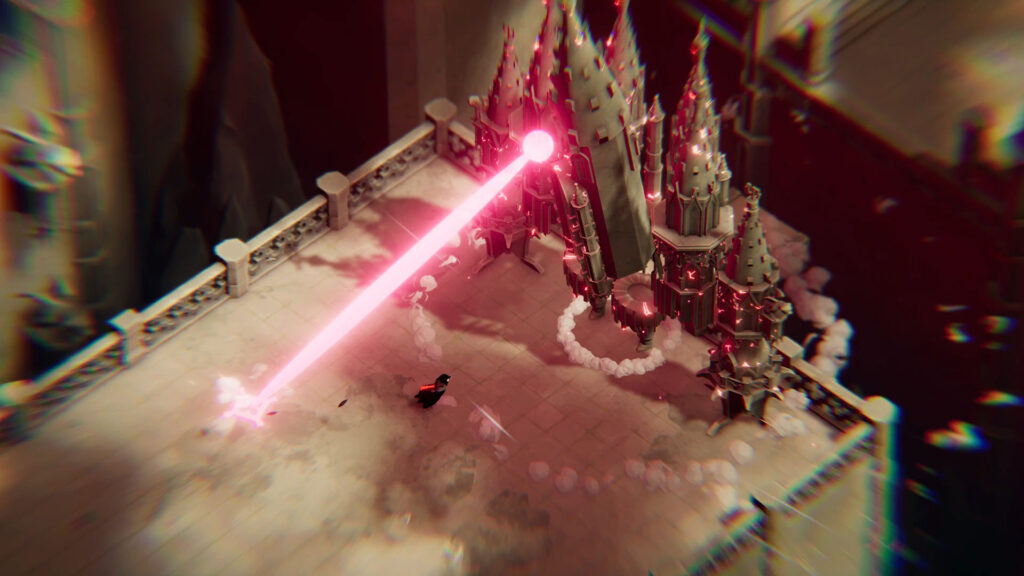 Death’s Door is nearly ready to leave the nest, but before it ventures forth it’s called up a new trailer. The crow-based action adventure game from the folks behind Titan Souls has shown a bit more of its Zelda-inspired side with some dungeon-looking puzzles and slightly goofy NPCs. You can catch just another good look at it down here before it takes flight next week.


“Track down and defeat colossal tyrants with stories and motivations of their own,” say Acid Nerve. “Utilize melee weapons, arrows and magic to overcome a fantastic array of beasts and demigods. Mistakes are punished and victory is rewarded. Gain an edge by customizing your character stats and mastering the abilities and upgrades you obtain.”


All of that’s down here in the new Death’s Door trailer with all its dodging and slashing crow combat:


You can also catch a bit on your bird-based upgrades in this new trailer. Pretty standard stuff, for the most part. You’ll have strength, dexterity, haste, and a fourth attribute that looks centered on using your bow. Increasing each will give benefits such as increased dodge speed, higher damage, and greater reach with melee weapons.


Colm mentions in RPS’s list of top 10 games for July that Acid Nerve have cited Zelda as an inspiration for Death’s Door, and I definitely get that feeling more from this newer trailer even than its announcement.


You can spot a good amount of dungeon-like puzzling with lasers and moving platforms and all with smaller enemies along the way. Aside from the action puzzles, there are the funky NPCs as well. There are the forest folks with antlers, a giant talking toad, and some fella with a stew pot for a head. I would like to meet them all.


At the end of all that of course are the biggo boss fights. It seems like Death’s Door might have a slightly different take on big bads than Acid’s previous Titan Souls. All the same though, they’ve done big bosses before and done them well. Our Titan Souls review says that “Titan Souls gets boss fights right by reducing them to the final moment. You’ve chipped away the armour and you’re facing the final form. You’re on your last legs but so is the enemy. The entire game is about the number one—one weak spot, one hit, one arrow.”


Death’s Door launches next Tuesday, July 20 over on Steam. It’ll also be available on the Xbox Series X/S.