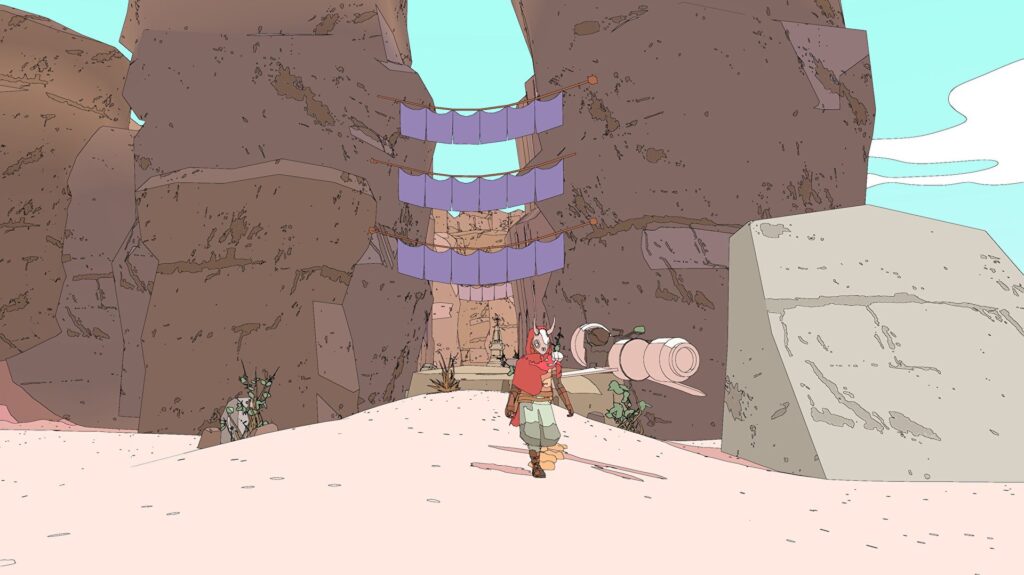 We were treated to a lovely live performance of music from Sable last night, during the Summer Game Fest while footage of the gorgeous upcoming open-world game played in the background. It’s looking as lovely as ever, with charming deserts that rival that of Journey. And now, after two years of delays, we’ll finally be able to explore its beautiful environments ourselves when Sable launches on September 23rd.


Michelle Zauner of the band Japanese Breakfast is working on the game’s soundtrack. Here she is performing one of the songs during last night’s announceathon.


Originally revealed at E3 2018, you play as Sable, a young girl heading out on a rite of passage called Gliding, for which she hops onto a hoverbike to explore the world.


It’s inspired by the comic artist Moebius (who’s influenced a number of games you might not expect), and written by Meg Jayanth, who worked on the excellent 80 Days.


Earlier this week, a new extended gameplay trailer (below) showed the player character exploring sandy settlements, chatting with locals, gliding around on her hoverbike, and partaking in a little bit of platforming too. While there’s clearly a story here, it seems like you can run off (hover off?) and adventure at your own pace too, which is nice. Perfect for folks like me who’ll spend hours hunting for the best screenshot locations.


Sable was originally set to come in in 2019, before being pushed back to 2020, then 2021. Thankfully, the wait is nearly over, because Shedworks plan on releasing it on September 23rd.


You can find the game page up on Steam now. It’s also coming to Xbox consoles.