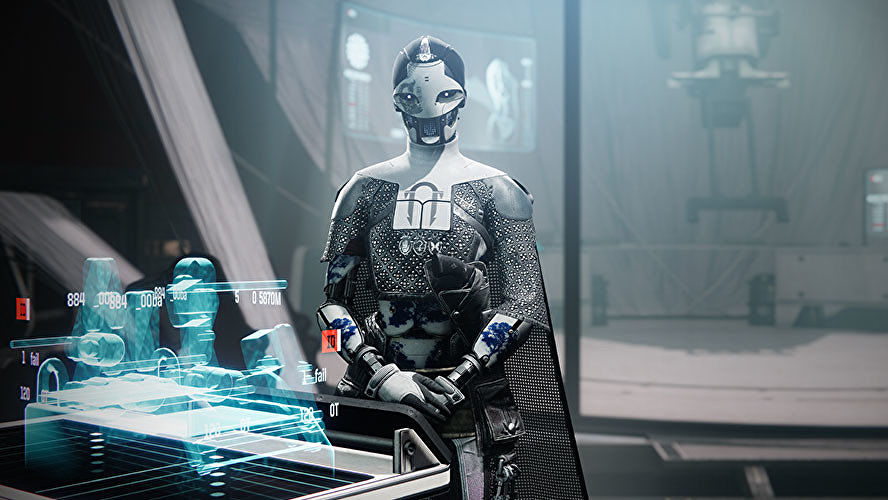 As a dedicated Destiny 2 fashionista, I have been keenly awaiting the arrival of the transmogrification system with Season 14 in May. I have so many looks planned for my spacewizards. But even though I know full well that it often takes Bungie several attempts to get a feature right, I hadn’t expected Armor Synthesis to sound so miserable. Bungie have now explained how it will work, and it’s a sprawl of different crafting materials and bounties and limits and god, I just want to play dress-up with my wizards.

The yet-unnamed Season 14 will start on May 11th. As part of it, Ada-1, the Black Armory’s splendidly frosty custodian, will return to handle transmog. I’ll be happy to see her again. But apparently she’s channeled her lingering hostility towards Guardians into a fiddly transmog machine.

Bungie explained in yesterday’s This Week At Bungie dev blog that the process of turning armour from Collections into a universal ornament has many steps.

Defeating enemies will get you Synthstrand, which you can spend on bounties, then completing those bounties earns you Synthcord, which you take to the Loom in the Tower to create Synthweave, then you can use that to convert one (non-Exotic) armour piece into an ornament. That is at least two resources and three steps too many. The bounties are activity-specific too, split into Vanguard, Crucible, Gambit, Destinations, and Raids And Dungeons – so it’s something you’ll specifically have to grind out, on top of all the other things we grind out.

On top of that, Bungie plan to cap the amount of Synthweave you can earn each season. After starting with a cap of 20 per class for this first season (so a total of 60 across all characters), the cap will go down to ten Synthweave per character per season. That’s enough for each character to transmog two full armour sets.

Or you can buy Synthweave from the Eververse mictrotransaction store: 300 Silver for one; 1000 Silver (£8.49) for five.

If you aren’t well into wizard dress-up, the limits might sound okay. But I would point out that each class received 11 new armour pieces this season, and some seasons bring many more, so even if you grind out all these tedious materials and bounties it’s unlikely you’ll ever have the freedom to just dress your wizard however you want.

But rather than quibble over the exact boundaries: why any of this? Why is this so complicated and grindy? Why is the whole system not kinder? Sure, looter-shooters and MMOs are built upon artificial barriers to work through, but this is so much more faff than transmog in games like World Of Warcraft and Final Fantasy XIV.

Maybe, like with sunsetting gear, Bungie will eventually realise they’ve made a mistake and change it. But damn, this undercuts a lot of my excitement for Season 14. And after such a good season! I’ve really enjoyed the unfolding story of Caital’s power struggle and poor Crow’s redemption. Bah. I’m still looking forward to wizard dress-up but it can never be a playful experience when you have to weigh up a fresh new look against a grind for a limited resource.