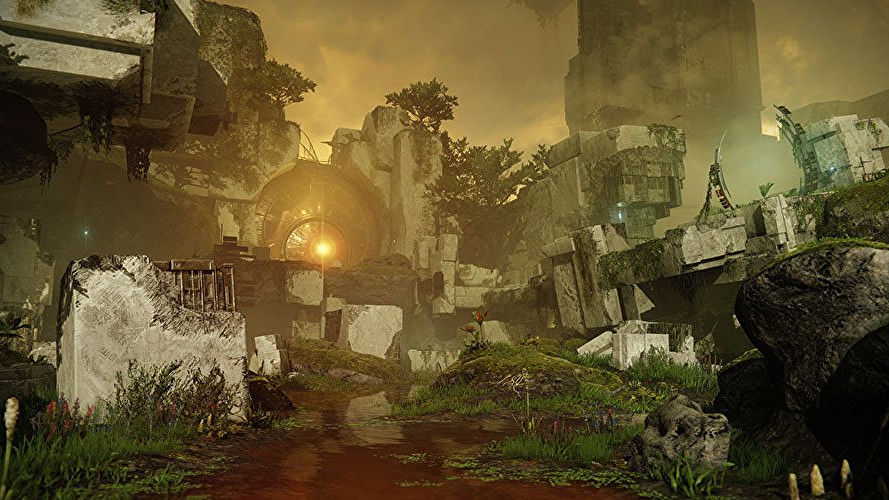 The Destiny 1 raid Vault Of Glass will return in Destiny 2 on May 22nd, Bungie confirmed last night. And they have good news for people interested in trying the ultra-hard raid race Challenge Mode that’s in effect for the first day: you won’t need to grind a huge amount to reach its Power cap. In fact, you might not need to grind at all – you may already be past it. Given that hard Destiny is some of the best Destiny, I really do recommend giving that a go.

Last night’s This Week At Bungie post confirmed the Vault raid will open at 10am Pacific (6pm UK time) on Saturday the 22nd of May. As is the way, for the first 24 hours it run with the Contest Mode rules which make the race for the World’s First title more challenging. Basically, everyone is forcibly underlevelled. But while recent raid races have required a whole lot of grinding to reach the Power cap, many players are already high enough for Vault Of Glass’s race: it’s only 1300 Power. Mate I’ve been 1310 for weeks.


Glad to see less Power grind in Destiny. Next season will raise the Power cap far less than usual, only by 10 to 1320, but I had still expected the raid race would find a new way to be unkind. Bungie can’t resist grind, y’know.

Bungie have some new challenges, mind. Bungie hint that while the raid’s story is the same, “you may notice other differences” and they “have made some updates to bring this content up to Destiny 2 standards.”. And because people broadly already know how the raid works, the race will actually involve completing it and then going back to complete it while ticking off a list of challenging Triumphs.

I’m looking forward to the raid race. I don’t expect to provide any competition to serious raiders, but I do enjoy the Contest Mode. I’ve written before about how hard Destiny is some of my favourite Destiny, things like raid races and Grandmaster Nightfalls. I’ve tried the last few raid races and never even finished it in those first 24 hours, but had a grand old time.

Season 14, which Bungie still refer to only as “Season Of [Redacted]”, is due to start on May 11th. Its story is still a secret too, but assorted whispers say it’s about Vex or SIVA. Eh, I’ve no faith in rumours myself. It will also bring back Ada-1 to run Destiny 2’s new transmogrification system, which had been my most-anticipated feature for months – until Bungie revealed it’s a huge faff with multiple crafting materials and grinding bounties and a seasonal cap and… god, I just want to play dress-up, why must you make it miserable?

The TWAB post also noted some balance changes coming with the new season. Linear Fusion Rifles will be less useless (though I don’t know if it’ll make them actually useful), 450rpm Auto Rifles are getting a wee buff, and short-range Fusion Rifles will be stronger. They’re also buffing a load of gun perks and mods, including Hipfire Grip, Subsistence, Unrelenting, Sympathetic Arsenal, Dragonfly (they’re reducing the annoying delay which makes explosions often not work), and No Distractions. The changes sound good. They’re also making Osmosis work with Stasis, so you can have a Stasis-shooting gun. See the post for more on everything.