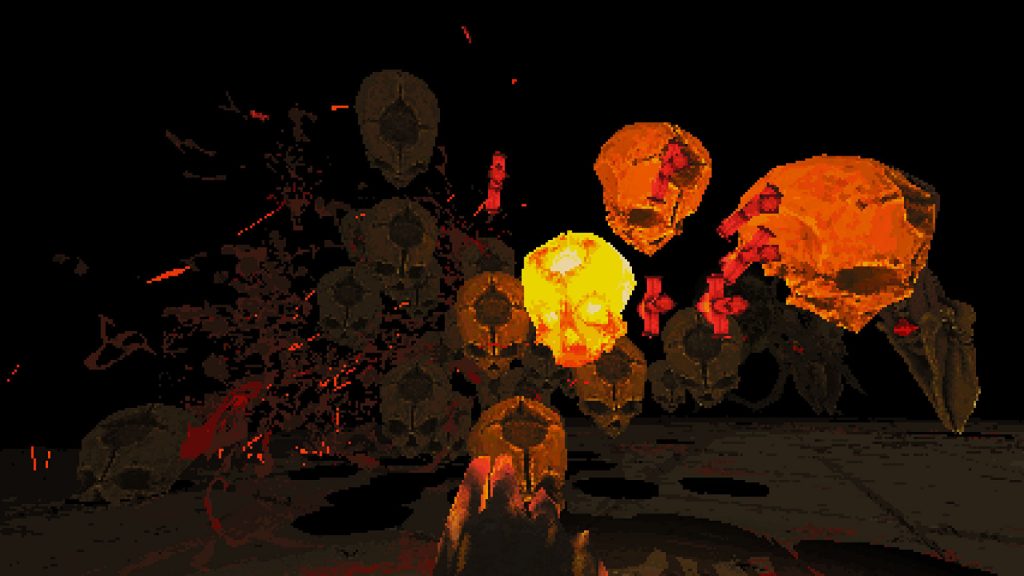 Demonic shooter Devil Daggers is five years old, and to celebrate its developers have put out a quality of life update. It’s got some neat new features for replays, some performance improvements, and a new dagger that I will never, ever unlock.

The details are laid out in a post on Steam. Chief among the changes is the ability to scrub through replays to particular points, which is useful if you’re watching someone good play and they can survive for a long time. It’s less useful to me, whose replays can be watched in the blink of an eye.

See also: the new unique dagger added for players who have survived 1000 seconds or more. It’s red and it glows? I know nothing more – and shall never know anything more – about it.

That it’s been five years since we named Devil Daggers as the best game of the year makes me feel like one of the skulls in the image above, but I think it holds up better than a lot of our choices. Is it gauche to quote myself? Here’s what I said at the time:

It’s Id’s early aesthetic (eg. skulls) boiled down into an arena shooter. It’s also cribbed Id’s early weapon design (shotgun and lightning gun, specifically), merging them together into the player’s hand, which sprays red death at a growing mob of enemies (eg. skulls) that are chasing after you and the strange obelisks that birth them.

This new update also improves performance “by up to 5x or more in some cases”, changes the default FOV, and adds graphs to replays which might be useful to learn tactics from. The game, which is still wonderful, is also 50% off on Steam.