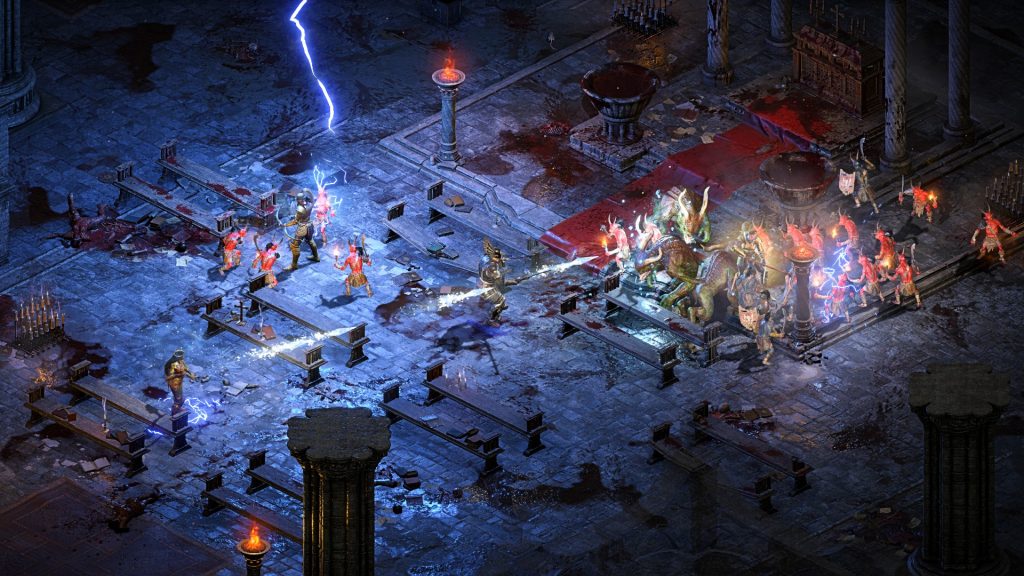 After four and a half years of grinding, one Diablo 2 speedrunner has managed to get every unique item the ARPG has to offer, completing his Diablo 2 holy grail. Speedrunner Alex ‘MrLlamaSC’ Sementelli chronicled the entire run on YouTube and Twitch, and, oh my, it looks like quite the undertaking.

The Diablo 2 player used a sorceress specifically for the task and built into the Magic Find stat to help him find better, rarer items. Even with a build designed to help him hit that goal, though, it still took a lot of time and dedication to achieve. The last item MrLlamaSC needed to complete his run was the Mang Song’s Lesson, and it took him over two years to get it.

Naturally, when you do something in Diablo 2 for more than four years, you hit some milestones along the way. Sementelli hit level 99, which is as high as you can go in Diablo 2. If you’d like some context on how long that takes, the Diablo 2 content creator started the run in September 2016 and hit the max level last August. Mind you, Sementelli has been doing other things alongside this run, but the feat is mighty impressive.

So what is a Diablo 2 holy grail, anyway? It’s a bucket list of items a player sets out to get that typically involves every unique and set item in the game. There’s no fixed list out there, but here’s one to give you an idea of how long these dang things are.

Naturally, Sementelli was quite excited when he managed to find his Mang Song’s Lesson. You can catch the moment he got it below, alongside some additional shirtless action: