Does Anyone Remember This Eerie Animated Halloween Movie? 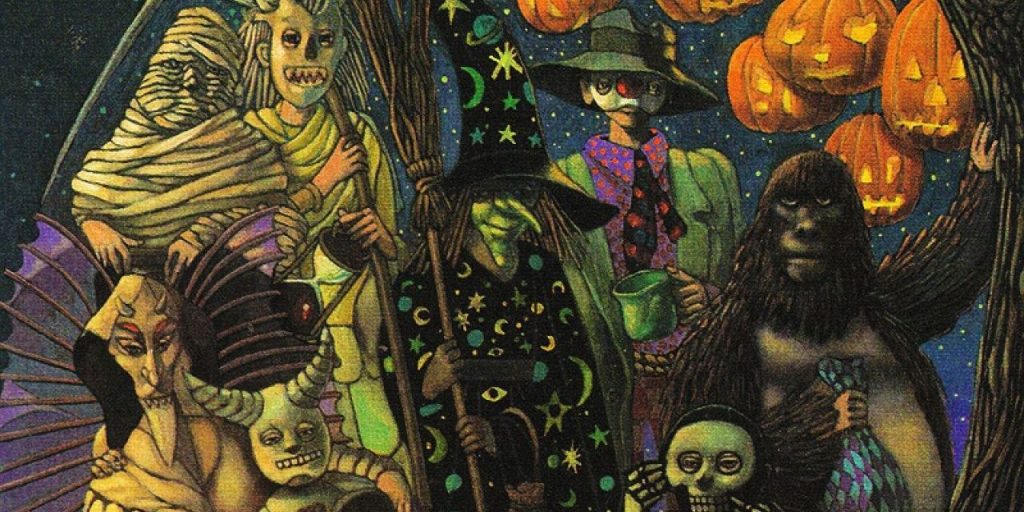 The Halloween Tree at first glance seems like an educational Halloween children’s movie. But some of the themes seem much too dark for a child’s mind.

The Halloween Tree was a book written by author Ray Bradbury and published in 1972. It was made into an animated made-for-TV film adaptation in 1993. The story is made for children, but within its hour and thirty-minute run-time, it deals with topics of death, the afterlife, and sacrificing one’s own life for the sake of friendship. It is sort of an educational movie in the way it teaches viewers about the origins of Halloween. But, underneath the tones of adventure and the Halloween spirit, it teaches children about more than just history.

The story begins with four young children getting ready for Halloween. They dress up as a witch, a mummy, a skeleton, and a monster. They meet up at their usual spot, but their fifth friend Pipkin isn’t there. When they go to his house, they see him being lifted into an ambulance. The four friends chase after the ambulance, cutting through a creepy backroad to reach him quickly. That’s when they see Pip running away. But something is strange. Pip appears to be translucent. The friends think Pip is playing a trick on them and they follow him to an old mansion.

The owner of the mansion is an old man named Clavicle Moundshroud, and in his backyard rests a tree with what appears to be thousands of pumpkins all with a different expression carved into them. These pumpkins all represent the souls that are trapped within them. The friends spot Pip who is climbing the tree to the top to retrieve a pumpkin that looks just like him. Moundshroud scolds the children when they say they don’t know the history or symbolism their costumes represent. When Pip reaches his pumpkin, he is transported through time and space.

Moundshroud leads the other friends on an adventure through the history of Halloween’s past. Along the way, they learn the origins of the costumes they wear while simultaneously getting closer to Pip. The film explores topics of life and death when each time one of the children learns about their costume, Pip is seen in a near-death experience, each time getting closer to death. All the while, Moundshroud tries to snatch Pipkin’s pumpkin. But Pip is holding onto life. This already is a mature topic for children. Anyone who has had someone in their lives that was close to death will know that watching someone clinging onto life is a very ominous and heartbreaking thing to witness.

Things start to get dark towards the end, and Pip doesn’t appear to have any more energy to keep going. But his friends insist he remain strong and fight for his life. In an emotional movie climax, the children apologize for everything wrong they’ve ever done to Pip, who accepts their apologies before crumbling away to dust. Moundshroud tells the children that because they did not reach Pip in time, his soul now belongs to him. To have a children’s movie talk about someone who is dying is a pretty mature topic, but even more so when it discusses how a person’s soul can keep fighting to stay alive. Many children do not understand the concept of death, and to see the children in the movie explore this topic is very sad.

Perhaps in one of the most selfless acts seen on screen (especially coming from a bunch of children), each child makes a deal with Moundshroud to give away one year of their lives so that Pipkin may live. Moundshroud takes a sugar candy skull with Pipkin’s name on it, crushes it into fourths, and each child eats the candy in order to seal the deal. The children are transported back to present day and immediately go to Pip’s house to find that he is alive and well. The movie ends with Moundshroud blowing out the candle of his own pumpkin and disappearing along with all the pumpkins in the Halloween tree. All except for Pipkin’s pumpkin.

The themes in this movie are all very heavy but especially so for children. Though the film is meant to bring awareness to the origins of the holiday, it also teaches children about death. When the friends sacrifice a year of their lives, it appears they understand the severity of what they are doing but do it anyway for their friend. Their act of selflessness is not sugar-coated or made to seem like a carefree thing. The movie doesn’t teach its viewers that giving away part of their own life is something to be taken lightly. This film is relevant because life, death, and love will always be important topics to be aware of.

The Halloween Tree is an underrated classic that doesn’t get talked about enough. It is a wonderful film that educates young viewers on all thing Halloween as well as important life lessons. This movie perfectly captures the spirit of Halloween. It is dark, eerie, yet still a fun adventure movie. If the movie was ever to be remade, it could be a wonderful live-action film to help spread awareness for the youth of today and years to come about Halloween’s past, friendship, and sacrifice.

MORE: This Twisted Theory Makes ‘Coraline’ Even Darker Than You Remember

Star Wars: The Sequel Trilogy Needed One Storyteller & It Should Have Been Rian Johnson