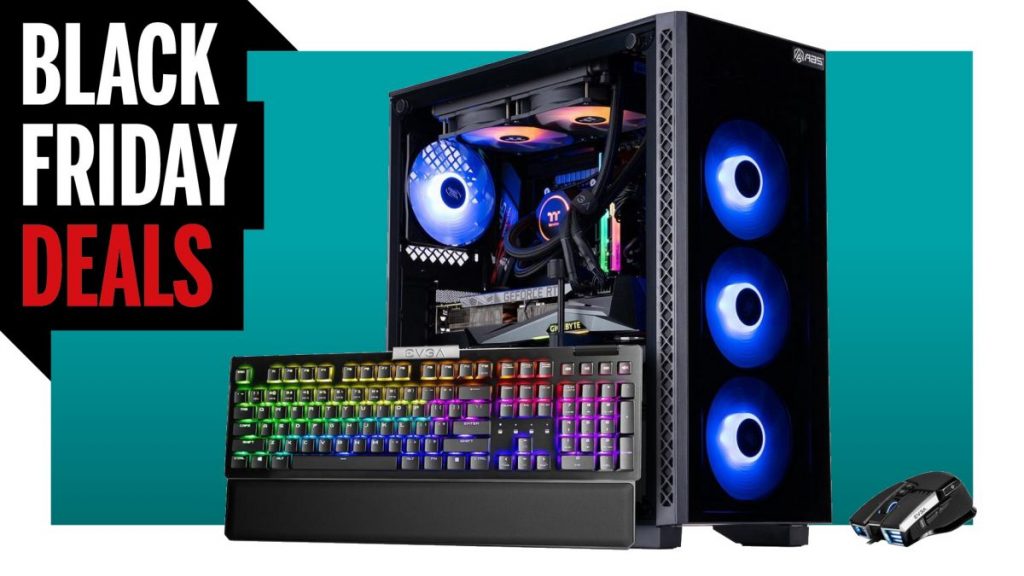 Have a look at the likes of Amazon, Newegg, Best Buy, and numerous other tech resellers right now and you’ll find plenty of ‘deals’ on gaming PCs. While there absolutely are some great bargains out there, not every reduction or deal you see is necessarily what it first seems.

Unfortunately, figuring out whether something is really a deal is rarely straightforward. Some enterprising systems builders will sneak out-of-date components into their machines, or have such ridiculously high starting prices, that even with a seemingly hefty reduction, the machines are still not worth the money being asked.

Obviously, we’re here to help and have dedicated plenty of hours to track down the best Black Friday gaming PC deals, but this is how we ascertain whether a deal really is a deal or not. A peak behind the curtain, so to speak. This is what we think constitutes a good deal price for the relevant GPU, because that’s largely the deciding factor right up front. We’ve also provided an example link to show you the sort of rig you can expect for that price.

The is a guide only, and you may well find machines that are more expensive than this that warrant the extra outlay—better storage options, more powerful CPUs, or more RAM for example.

I’ve split these up by graphics card, as that’s the most important component when it comes to PC gaming. As a general rule, and RTX 3060 is perfect for 1080p gaming, the RTX 3070 is what you want for a 1440p panel, and the RTX 3080 and beyond are for 4K gaming. The Ti models blur the lines a little, but the general banding still works.

The processor is the next important factor, and ideally, you want either an AMD Ryzen 5000-series chip or an Intel 11th Gen Core CPU. In a perfect world, you’d want an Intel 12th Gen Alder Lake CPU, but that just isn’t going to happen, at least not this Black Friday.

Picking up a bargain PC with a Ryzen 3000 or a 10th Gen Intel chip isn’t the end of the world, as while they aren’t quite going to hit the highs of the newer chips, they won’t really hold your gaming back much either.

We expect 16GB of RAM as standard for all but the most extreme of budget PCs or the most over the top futureproofed offering, where 32GB puts in a brave showing. If you’re on a tight budget and find a machine with only 8GB of RAM in it, try and work out whether it’s a single stick, as that will hurt overall performance.

These machines should come with reasonable storage options too—a 1TB NVMe SSD is the preference, although a 512GB boot drive and a 1TB SATA/HDD are acceptable as well. You can always upgrade the storage later down the line, or treat yourself to a speedy SSD this Black Friday while you’re at it.

The good news is that there definitely are some great gaming PC deals out there, you just need to know what you’re looking for, and what you should expect to pay. Happy hunting!