Dontnod Makes Tell Me Why Free to Celebrate Pride Month 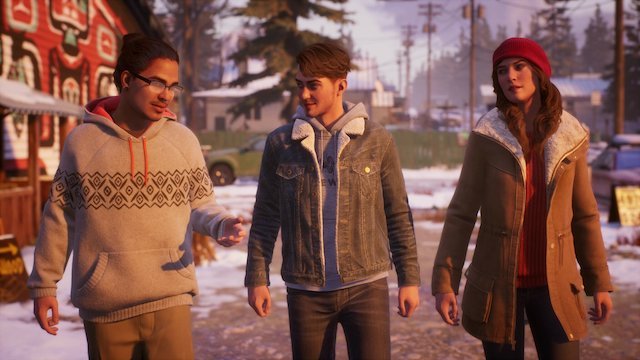 Today marks the official start of Pride Month, a time for the LGBTQIA+ communities to celebrate who they are. To commemorate the event, Dontnod Entertainment is making its most recent game, Tell Me Why, completely free for the entire month on both Xbox and PC.

Starting today, June 1, and extending all throughout the month until June 30, Tell Me Why will be available for free on Xbox consoles, Windows PC, and on Steam. Better yet, downloading the game or adding it to your library will give you permanent access, unlike titles redeemed through Games With Gold or the PlayStation Plus.

An episodic narrative adventure game, Tell Me Why tells the story of a pair of twins as they revisit their childhood home. When the first episode launched in August 2020, it received praise for being the first major video game to feature a transgender character as one of its main characters. In developing the game, Dontnod made sure to consult experts like GLAAD to ensure that its portrayal of LGBT characters would be as authentic as possible. August Aiden Black, a trans man, also voiced Tell Me Why‘s main character, Tyler Ronan, which was another big step in the gaming world.

In a blog post announcing the move, Dontnod Entertainment said that its intention for making Tell Me Why free for Pride Month was to allow even more people to access the game, and to encourage players to spend their money in other places that can directly affect the trans and queer communities. If you’re looking to grab the game, you can find it in the Xbox Store, on the Xbox app on PC, or through Steam. The game is a Play Anywhere title, meaning those who redeem it on the Xbox app on PC will also be able to play it on their Xbox.