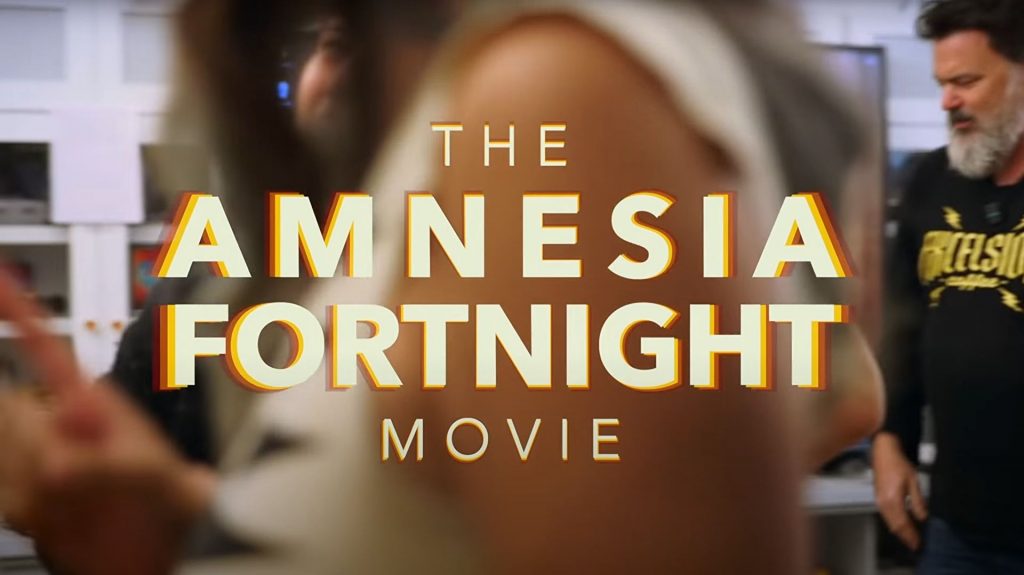 Double Fine’s documentary series on the making of Broken Age is still, to my mind, the best videogame-related documentary. It was revealing in a way few game documentaries are, helping to demystify the development process, while also allowing you to revel in the dream of friendly, creative people doing friendly, creative work.

Consider me excited therefore at the release of The Amnesia Fortnight Movie, a new two-hour documentary which focuses on four games being made in ten days for Double Fine’s internal game jam in 2019. It’s free and on YouTube and embedded below.

I’ve watched 37 minutes of it before stopping to write this post, and I’m enjoying it so far. Amnesia Fortnight invites anyone who works for Double Fine to pitch their game concepts to Tim Schafer and the rest of the company. The people whose ideas are liked best then get to lead a small team and spend ten days working to make a prototype.

This is reality television gold, in which already-talented people stretch themselves while being surrounded by friends and peers who are all rooting for them. It’s the Great Videogame Bake Off. It helps that Double Fine seems – based entirely videos I’ve watched on the internet, please take with salt – to have a good workplace culture. I, too, am rooting for these people.

It doubly (finely) helps that the prototypes they’re making are a varied bunch. One of them involves live action puppets, for example, so there’s footage of people learning to use sewing machines among the shots of computer monitors and whiteboards.

If you’d like to read more about Amnesia Fortnight and how it has fostered games like Costume Quest and Stacking, Pip (RPS in peace) spoke to Schafer about it back in 2017.