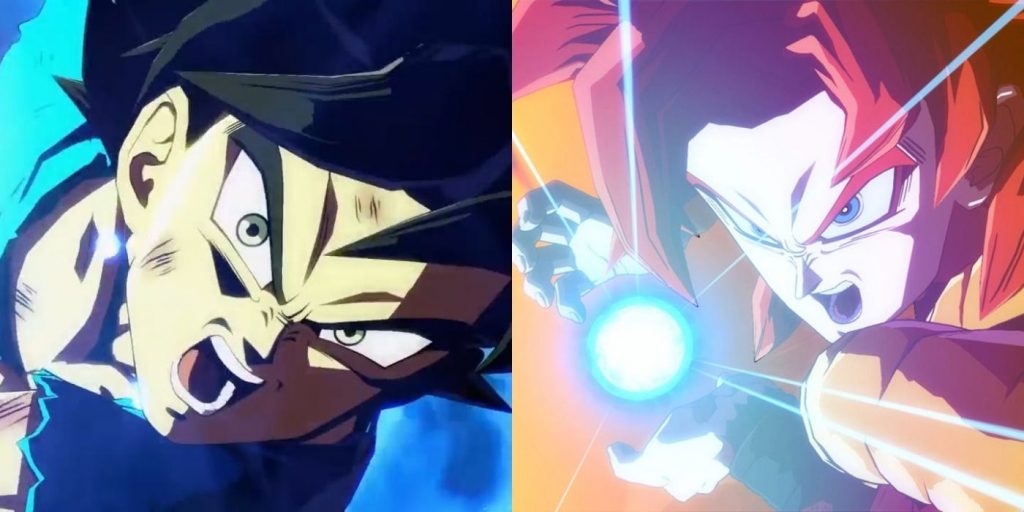 Dragon Ball Fighterz is a fighting game created by Arc systems. Filled with fast-paced gameplay and an art style that ties back to Akira Toriyama, the game is deeply beloved by fans. One notable reason is due to the dramatic finishes, which all tie back to previous Dragon Ball media that bring out the nostalgia.

RELATED: The 10 Best Fighting And Racing Games Of The Last 5 Years (According To Metacritic)

Although all of these cutscenes are faithful to the franchise and are well-made, some dramatic finishes are far better than others. As such, it is hard to determine which one is the best out of them. Here are all of the dramatic finishes, all well-made and faithful, ranked.

To initiate this dramatic finish, the player must be playing as Nappa. After winning the fight on the proper stage, the cutscene will recreate the infamous moment when Yamcha dies by a Saibamen.

The moment has since become a joke with Yamcha and has become memorable as a result. From the cinematography to the way Yamcha dies, it is a faithful recreation of an iconic moment from the Saiyan Saga.

Based off on a moment in the Namek saga, Goku uses his trump card in order to defeat Frieza for good. Although it didn’t work in the manga, the dramatic finish shows that it defeated the evil tyrant.

RELATED: You Can’t Fool Me Toriyama: That Dragon Quest Boss Is Just Piccolo With A Beard

From the cinematography, the lighting, and the voice acting, it is a strong recreation of the manga.

This dramatic finish is focused on Goku and Vegeta’s first fight, back when they were still enemies. As such, it’s based heavily on the beam clash where Vegeta threatens to destroy the planet.

Just like in the manga and anime, Goku defeats Vegeta as he increases his kaio-ken ability. The camera-work being faithfully recreated by Arc systems.

Based on the moment when Future Trunks appeared in the present timeline, it showed the iconic shot of him killing the tyrant. After initiating a strong slash across, the fan-favorite continues by doing more slashes until he eventually kills Frieza with a ki-blast.

Although it doesn’t have the same graphic tones as the manga, it is still done fairly well as it fits the character.

As a recreation of the Battle Of Gods climax, it is the moment when Goku gets defeated by Beerus. However, after hearing the cries of his loved ones, Goku eventually transforms into Super Saiyan God which destroys Beerus’s attack.

RELATED: 10 Pokemon Goku Would Want On His Pokemon Team

Impressing Beerus, the dramatic finish has strong shots and lighting while highlighting the relationship between the two.

Showing the final moments of Dragon Ball before the events of Super, Goku utilizes the super spirit bomb which incinerates Kid Buu. After this moment, he wishes and hopes that he is reborn for good.

Similar to the other spirit bomb dramatic finish, it is a faithful recreation. However, due to the emotion behind it, it surpasses it from both the shots and impact.

One of the most powerful moments in the Namek saga was the final shot of Goku fighting Frieza. After sparing him, Frieza attempts to kill Goku, only for him to release an angry ki blast, seemingly killing the character.

Although it didn’t kill him completely as shown in the manga, the anger and power behind it are faithfully recreated.

Highlighting the hatred that Bardock shares with Frieza, this dramatic finish is a recreation of his final moments. Before he dies against Frieza, he sees the final vision of Goku fighting the tyrant before peacefully dying.

Knowing that Frieza will perish. Elements and cinematography from the anime have been faithfully shown here.

This dramatic finish is a recreation of Gohan as he kills Cell for good. Taking in many moments that occurred in both the anime and manga, elements such as Cell’s exaggerated face helps to highlight the impact that the attack has.

Not only that, but the father and son Kamehameha wave had a moment of powerful tension which makes it more satisfying.

One of the unique elements that Arcssystems has introduced in Dragon Ball Fighterz is the potential what-ifs. Similar to how Yamcha got killed by a Saibaman, this scenario has it where Nappa perishes instead.

RELATED: The 10 Best Licensed Anime Games (According To Metacritic)

As a result, the Yamcha joke gets turned around where it affects only Nappa instead. Essentially bringing everything full circle while also introducing a fun possibility for the players.

Similar to the Teen Gohan versus Cell dramatic finish, this cutscene is another father and son Kamehameha. However, this dramatic finish is inspired by the final attack against Broly.

The attack is powerful enough to send Broly straight into the sun where he is destroyed for good. Not only is it faithful, but it is also filled with tension and a powerful ending.

Taking place during the Goku Black arc, it is the shot where Future Trunks puts in the final blow against Fused Zamasu.

This results in him creating the Spirit sword and killing the evil villain for good. Although the end result wasn’t as positive in the anime, it firmly kills Zamasu permanently during Dragon Ball Fighterz.

One of the most iconic moments in Dragon Ball Super is the defeat of Jiren during the tournament of power. Essentially following the same beats as in the anime, Goku and Frieza use everything they have left in order to defeat Jiren.

As a result, the shots and the relationships that the three have for each other are character-accurate.

Inspired by the first Broly movie, this dramatic finish focuses on the final strike that Goku does on Broly. For the majority of the film, the Z fighters couldn’t hurt Broly at all, but Goku was able to pull it off thanks to absorbing the ki of his friends.

As a result, he throws one strong punch which eliminates Broly which is lit up beautifully due to the game’s engine.

Based on the fight between the two fusions, this dramatic finish begins with Zamasu pulling a monologue that lasts for a few moments. All of which ends with Vegito punching him and initiating the final Kamehameha wave.

This dramatic finish is well-animated but it also offers well-choreographed shots and the cocky attitudes of both characters.

The fight between Gogeta and Janemba is one of the former’s iconic fights. As such, many elements from that fight are implemented here. However, one of the best elements of this dramatic finish is how Gogeta reverts from Super Saiyan Blue to regular Super Saiyan.

Showing Janemba that he is nowhere near his power. One of the more disrespectful dramatic finishes to date.

In this alternate scenario, Frieza and Bardock are fighting each other and it appears that the latter is about to die. Although he has a vision where his son faces off against Frieza, he refuses to succumb to his death because of his vengeance.

As a result, he turns into a Super Saiyan and kills Frieza. Creating one of the most satisfying dramatic finishes in the game.

A recreation of the moment Goku fought against Kefla, begins with the latter attack hitting Goku before he transforms into Ultra Instinct Sign. Afterward, Kefla initiates an attack while Goku dodges everything she throws at him.

All before he finishes it with a Kamehameha wave. The cinematography is one of the best out of the dramatic finishes.

The newest dramatic finish is also one of the best what-ifs in the entire game. Depending on which Gogeta the player chooses, it will result in their version winning and stating that their form is better.

This is representative of the debate between GT and Super but also pokes fun at the different incarnations of Gogeta. Of course, both of them have garnered a fan following.

This dramatic finish is the longest, but also the best in the entire game. Due to being completely faithful to the final moments between Gogeta and Broly. All of which culminate in Broly leaving just like in the movie.

The choreography and lighting are one of, if not the best in the entire game.


Next
The 10 Strongest Pokemon Starters, Ranked