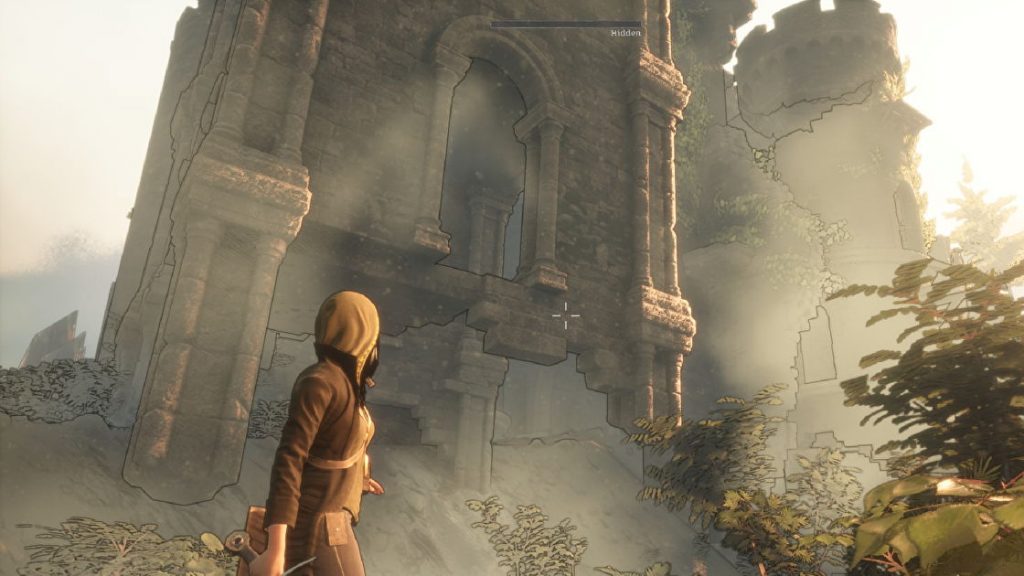 Action adventure Dream Cycle certainly feels like an early access game. Animations are stiff, the audio mix is a bit funky, and it doesn’t really have a save system yet. But look past the jank and I reckon there’s a bright future ahead of Cathuria Games’ latest. The studio was set up by Toby Gard, one of the folks who helped create Lara Croft, the tomb-raiding OG, so there’s adventure pedigree at the helm, even if Dream Cycle bears no real resemblance to Tomb Raider. However, if you’re into Skyrim and Dishonored, I’d definitely urge you to keep an eye on its progress.

Dream Cycle takes a roguelite approach to adventuring. You’ve got this massive map, from which you’re free to select a tile. Once you’ve done so, you’ll be sucked into a procedurally generated level filled with enemies, loot, and story beats. Of course it depends on how you like to play, but these levels take roughly 20 to 30 minutes to complete.

The setup can be a little tricky to get your head round, but you’re effectively a magical apprentice called Morgan who’s trapped in a weird dimension. To escape, you need to dig into these levels, power up, and uncover things. “Things” being large orbs that provide windows into sinister chats, or modern objects like televisions and phone boxes which play mysterious recordings. Seeing as it’s a fantasy game, spotting present day stuff isn’t only jarring, but desperately strange. I need to find out more.

Exploration, then, is key to unlocking Dream Cycle’s mysteries. And thankfully Morgan’s quite handy when it comes to flitting about the game’s many thousands of levels. I can’t speak for late-game spells and powers, but early on you’re given a blink ability that lets you teleport a short distance, a la Corvo-style from Dishonored, and it’s invaluable. Mainly because these levels are parkour puzzles with multiple routes to that all-important loot. You will quickly learn to love ledges. Ledges? Love ’em.

You will also flirt judiciously with another ability that lets you detach from your body and scout a short distance ahead, highlighting enemies and treasure through walls. It’s a good way to figure out how to untangle a tricky area and set yourself up for some silky assassinations. Trust me, you don’t want to fight things head-on.

Having said that, though, Dream Cycle’s combat is a treat no matter which method you choose. Stealth is as you’d expect: crouch to avoid detection and sneak up behind a target. Where it differs from other games like Skyrim, for instance, is that you’ve got to wind up a power attack, pinpoint an enemy’s weak spot, then make sure you swoop in for the finisher at just the right time; simple, sure, but surprisingly intense. Get it right and you’ll fly in with an insta-backstab. Get it wrong and they’ll likely give you a big old grunt, then turn around and return the favour.

If this happens, though, combat is still a proper thrill. You can slash wildly, but it won’t get you anywhere. Instead, you need to dodge or kick your enemies at just the right time, then step in with a slice to a glowing, red weak spot. Yes, it’s a bit finicky right now, but when it works, it’s wonderfully fluid and a lot more tactical than your usual hand-to-hand combat. This rings especially true if you play Dream Cycle in first-person, which properly adds to the sense of speed and immersion.

Outside of these encounters, though, Dream Cycle is a quiet game, almost with a looming sense of dread. In fact, it captures the feeling of a nightmare rather nicely, actually. Nightmares in real life aren’t always dark, hellish spaces crawling with bloodied demons, but instead, they can manifest in perfectly nice, tranquil moments. Here, it gets things spot on.

The game definitely needs extra polish in places, but what’s here at the moment is both compelling and often quite surprising. Not only do I want to learn more about why Morgan’s having such a bad time, but I’d also like to share that bad time with her. In fact, it strikes me as potentially a very, very good time if things keep progressing smoothly. Fingers crossed.