Dress your PC gaming keyboard up like the classic PlayStation console 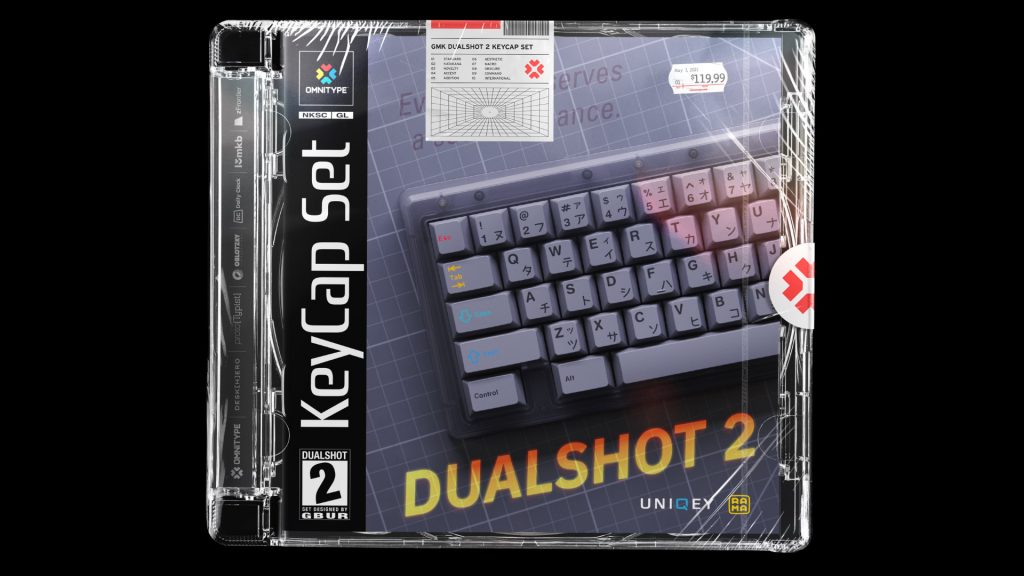 March 1, 2021 Omnitype’s PlayStation keycaps will be sold in what’s called a ‘group buy’, rather than your traditional transaction.

Nothing makes the best gaming keyboard pop like custom keycaps, giving your setup a splash of personality compared to the dull black husks you’re usually lumped with. If you’re into the retro aesthetic, accessories vendor Omnitype has something nostalgic in the works with its Dualshot 2 range, which will let you dress your gaming keyboard up like the classic PlayStation console when it launches next month.

Omnitype’s GMK Dualshot 2 keycap set and the Dualshot 2 cable are predominantly grey, with dashes of colour reminiscent of the 26-year-old platform. Despite the name being a direct nod to the Dualshock controller, the colours take after Sony’s original PlayStation logo, with red, green, blue, and yellow instead of the square button’s pink.

Instead of focusing on the US ANSI layout, like most custom keycap makers do, Omnitype has covered virtually all bases and will offer the GMK Dualshot 2 keycap set in both standard and international layouts, as well as including Katakana keycaps, letters with accents, macros, and other additional. It won’t come cheap, though, even if these are ABS keycaps, costing as much as a brand new keyboard at $119.99.

It’s unclear how much the Dualshot 2 cable will come in at, which takes after the thick rubber wires on PlayStation controllers.

Everyone deserves a second chance. pic.twitter.com/b81Pmm5Tzi

This is Omnitype’s second run at keycaps inspired by the 90s console, after debuting the first generation back in 2019. Much like its first set, Dualshot 2 will also be sold in what’s called a group buy, with the listings going live on May 7.

In a group buy, you’ll have around a month to grab one before the listing disappears forever – unless Dualshot 3 becomes a thing, that is – and the vendor submits the order to the maker. The great thing about this is that stock isn’t limited, but you could be waiting a while to receive your keycaps as each set is made and shipped in stages.