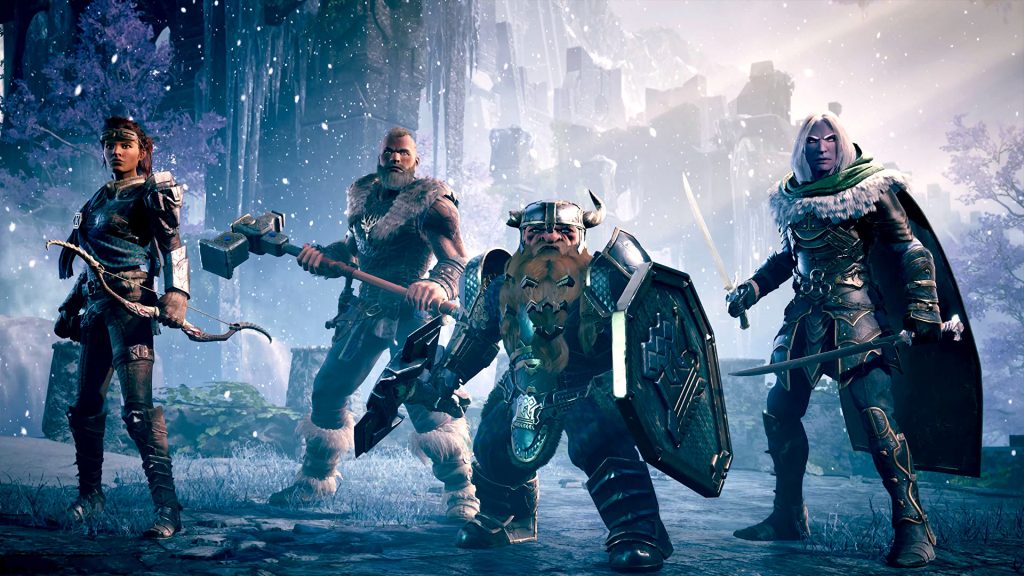 When developers Tuque Games first announced Dungeons & Dragons: Dark Alliance, they said it wouldn’t have local co-op. Imagine! No local co-op in a spiritual successor to the Baldur’s Gate: Dark Alliance series, which, honestly, didn’t have much beyond excellent local co-op. It seems the devs have listened to us fans of the old hack and slash RPGs however, as they now plan on adding two-player split-screen in a free content update this summer, after the game has launched.


“We heard you loud and clear,” they tweeted. “After Dark Alliance launches, our main priority is supporting two-player split-screen couch co-op for Xbox Series X|S, PlayStation 5, and PC.”


When I first learned about the new Dark Alliance game, I was heartbroken that it wouldn’t have local co-op. Part of the joy of playing the old Dark Alliance games was dragging people around those dungeons with you – I can’t count the number of times I roped my sister into starting a character. And how else are grandmas supposed to teach their grandchildren how to play action-RPGs? Online? Have you seen a nan use the internet?


I’m eager to see how this new Dark Alliance will differ from the noughties games of the same name. I’ll readily admit that the first Baldur’s Gate: Dark Alliance is not the best. I’m playing it again right now as it was rereleased on PlayStation last month (it’s coming to PC for the first time later this year), and while the story still holds up, I think my nostalgia goggles are making it seem much more fun than it actually is.


It helps that I’m not playing it alone, of course. BG:DA has same-screen local co-op though, rather than split-screen. It leads to a lot of accidental deaths when one of us drags the camera over, leaving the other trapped behind a wall or in the middle of several trolls. I reckon split-screen will be a lot nicer in that respect, though I’ll miss having to fight elbow to elbow with my Player 2. Maybe I’ll just stand annoyingly close to them at the worst possible moments, for old time’s sake.


Dungeons & Dragons: Dark Alliance is coming to PC via Steam, as well as PS5 and Xbox Series X on June 22nd. Its first free DLC will arrive sometime after that during the summer, and that’s when split-screen couch co-op should make an appearance too.