Dwarf Fortress’ old lever system is getting a major overhaul 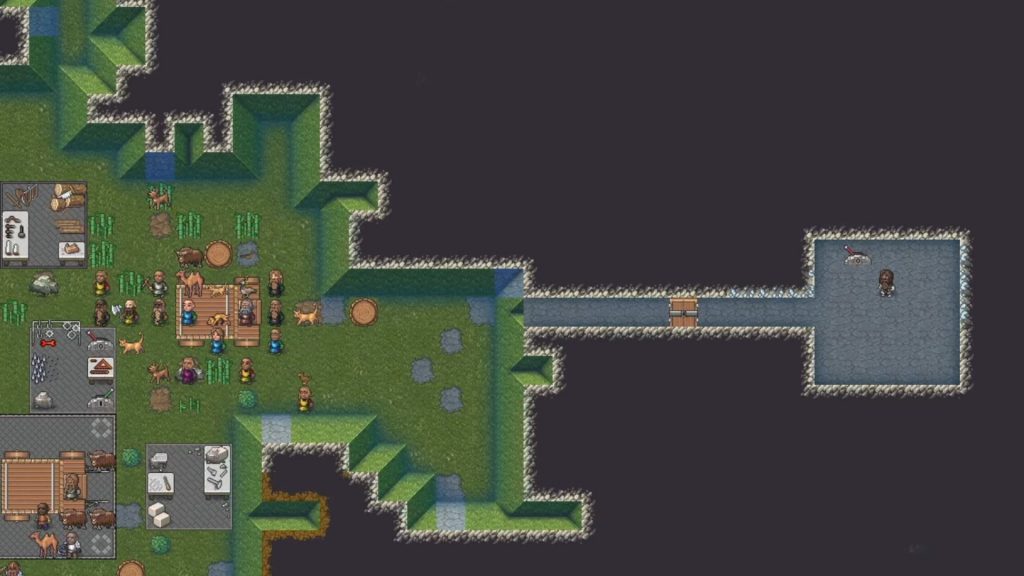 In the ASCII text world of OG Dwarf Fortress, levers had the potential to be incredibly useful devices in your settlements – but they could also be the source of much sadness, chaos, and despair, because it was nigh impossible to remember what you’d hooked them up to. That’s if you could hook them up at all, of course. This old system is being replaced in the upcoming Steam version of Dwarf Fortress, so you’ll be able to connect machinery and use firm in the confidence that the bridge lever isn’t the lever for releasing the herd of angry mammoths.

Dwarf Fortress co-creator Tarn Adams has a new development post up about the reworked lever system coming to the colony management game. In the original game, Adams explains, hooking levers up to mechanisms they’re meant to operate “was a reasonably painful process, where mechanisms had to be manually selected, lists scrolled through, and afterward it was very difficult to figure out which lever was linked to which building without just pulling it and seeing what horrible things happened.”

That’s all gone now, replaced with a relatively elegant point-and-click menu system, which is demonstrated in the video below. You just click on the lever, select ‘link lever,’ and Dwarf Fortress pops up a list of things it’s possible to connect to it.

Once that’s done, you don’t have to worry about memorising what it does – you can click on either the lever or the mechanism it controls, and either will show you the corresponding device it’s hooked up to.

This should prevent instances of the aforementioned mammoth/bridge mix-up, which will in turn keep more of your dwarves in an untrampled state of being.

Another nice new feature the post briefly shows off is the barrel art. New sprites let you see what a barrel contains simply by looking at it, allowing you to tell visually whether a cask is full of wine or plump helmets. The new barrels look nice, and should prevent embarrassment at your next dwarf dinner party.