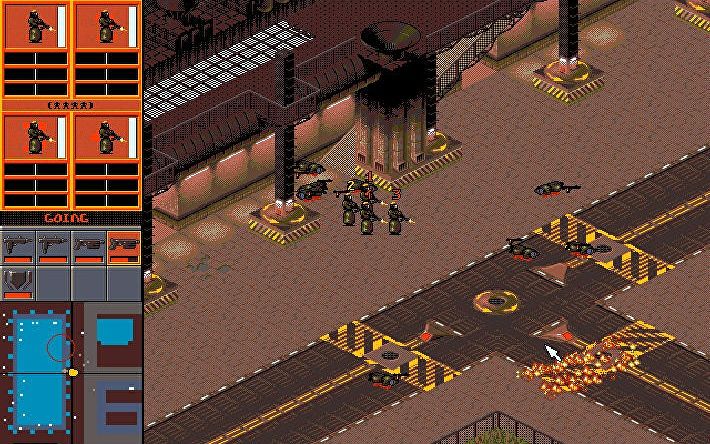 Back in June, Syndicate and Ultima Underworld I & II disappeared from GOG.com at EA’s request. Then they returned to the digital storefront earlier this month without much explanation, and are being given away for free for a period of four weeks by way of apology.

Now EA have said they’ll have a “process in place” in future so things like this don’t happen.

Speaking to our cousins over at GamesIndustry.biz, EA’s executive vice president for marketing, commercial and positive play Chris Bruzzo said that they didn’t consider players’ best interests when removing the games.

“When making decisions that affect players we take the time to review exactly what the potential impacts are and whether they serve the players best interests,” he told GI.biz. “When we delisted Syndicate and Ultima Underworld we missed that step and so didn’t fully consider the players perspective.”

Bruzzo says that the fan response to the removal prompted two things. “The first was to ensure that going forward we have a process in place that considers the player perspective in listing decisions.”

The second was to re-list the games on GOG and make them freely available for a month. This isn’t the first time that Syndicate and the Ultima Underworlds have been given away for free, but the freebies are ongoing via the Syndicate, Syndicate Wars and Ultima Underworld 1+2 pages on GOG.

As I said last time, I wouldn’t really recommend you go play any of these games. They are classics, historically significant, and I value their continued availability. I’d wager a lot of future game designers could still learn from them. But as a player, there’s probably a hundred more modern and enjoyable games you haven’t played which you should prioritise first. Me? I’ve still not got round to Dishonored 2. Keelhaul me immediately.