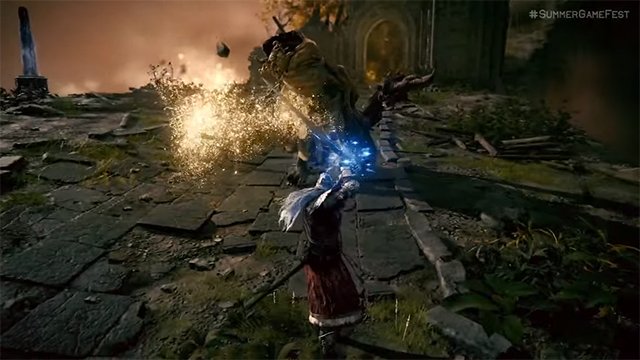 Elden Ring, FromSoftware’s next title, has finally been fully revealed. Geoff Keighley’s Summer Game Fest got the honor of showing this highly anticipated trailer. The RPG has been under wraps since its announcement at E3 2019. It’s coming out on January 21, 2022 on PS4, PS5, Xbox One, Xbox Series X/S, and PC.

The trailer showcased a decent look at the game. It seems to have a mix of RPG staples like mounts but also the signature Soulslike combat FromSoftware is known for.

Many had assumed Keighley would have this trailer, given his past relationship with From and recent whisperings from industry insiders like VentureBeat’s Jeff Grubb. He has been vaguely tweeting about the game’s imminent reveal. An alleged trailer leaked months ago, but reports stated that that leak actually delayed the real announcement.