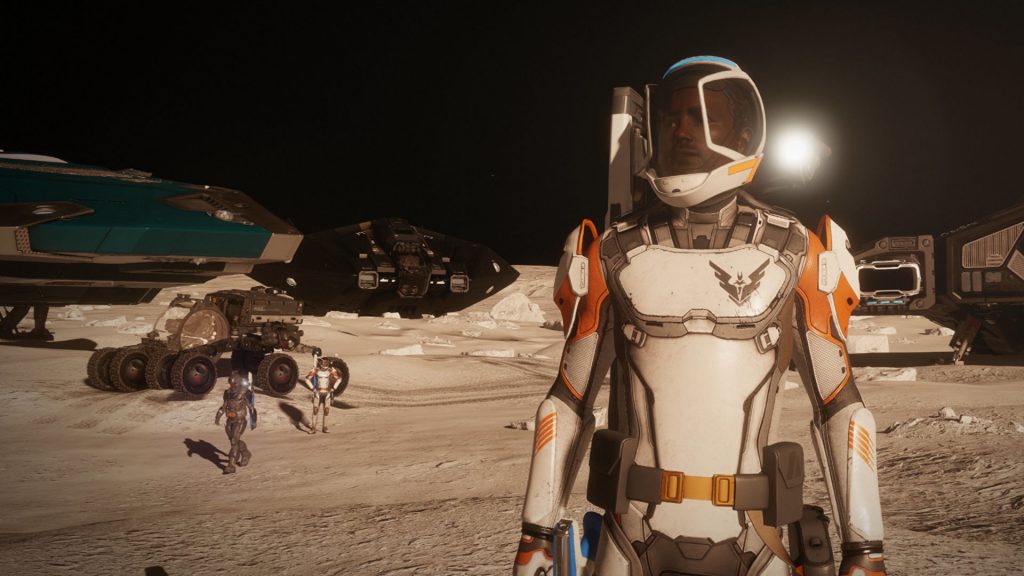 Frontier Developments today announced the release date for their next Elite Dangerous expansion, Odyssey. This is the one which lets moonmen roam freely on their own two spacelegs, exploring planets and getting into first-person shooty violence. Star Citizen Lite, kinda.

Odyssey will let players roam around social hubs as well as any old planet, hanging out, doing missions, exploring, scanning things, and shooting faces. You’ll probably need to provide the Bowie soundtrack yourself, though.

Resident spaceboy Brendy has played the alpha version. He didn’t think the shooting was very good, and was more interested in having legs to explore than arms to shoot anyway, but did have some good times.

“One of my favourite moments was in exploring a completely derelict settlement on the dark side of a moon, a small, dead colony in total blackout. Some fellow CMDRs showed up, but they weren’t aggressive. We blinked our flashlights at one another and said our crouch-hellos before splitting up to explore the abandoned base. Consoles sparked in the command centre, fires flared in the storage warehouse. Everything had a gloomy, haunted vibe and I got to properly use my space gadgets for the first time, cutting open the panels to power outlets and hacking the doors to a medbay. I hoovered up all the loot in the lockers inside (you can sell it to bar staff in space stations), and by the time I came out of the building, one of the other commanders had restored power to the whole base. They were having a spirited argument with a turret that was now a real Twitter user – that is to say, very online. The whole adventure was a quiet, atmospheric scav-fest, a real good time.”

Frontier have expanded the alpha since then, adding the exobiology career path.