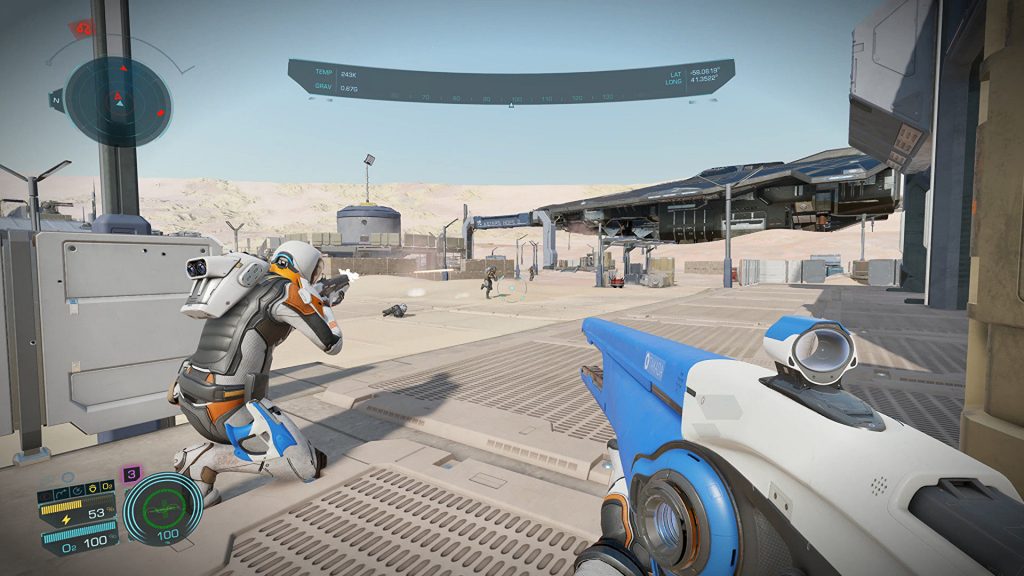 Elite Dangerous: Odyssey launched the first step of its alpha only a few days ago, and developers Frontier have shared a response to some common complaints from its earliest adopters. Firstly: no, space taxis aren’t going to get any faster.

The Odyssey expansion adds on-foot travel and combat to Elite Danverous for the first time, on space stations and planet surfaces. Taking on-foot missions will now sometimes require you to take a taxi service to the mission location, and as per usual for Elite Dangerous, the journeys are long. The difference is that sitting in the Apex Interstellar taxi service is even less interactive than a journey you pilot yourself.

Frontier’s post says that the “conditions of the alpha greatly exaggerate the impact of this wait time which won’t feel the same at launch. This is partly due to the large size of the Adityan system and the fact that the starting station is in the ‘corner’ of the system map.” They’re considering moving the player start location for the alpha test to somewhere more central, and will update mission information so you can see the distance to target locations before you accept a job.

What they won’t do, they say, is turn the taxis into a fast travel system. “This would result in a fundamental change to Elite that contradicts the lore, physics, and potential longevity of the game.” I’m glad of that – the long journeys are the entire point of Elite Dangerous.

The other issue is that on-foot players seem overeager to try out the first-person shooting and have been killing players who are trying to complete PvE missions, with little or no penalty for doing so. To combat this undesireable combat, Frontier are going to introduce a detention centre similar to that which exists for criminals in the base game. NPCs who seem too deadly even when marked as low threat in missions are also being reviewed.

Odyssey’s alpha has currently only taken its first step in a planned four stage rollout of features, with phases two through four tackling combat, exploration and compatibility with the base game. We’ll have more thoughts on the alpha to share soon.