Epic Games Store Is Finally Getting A Shopping Cart This Year 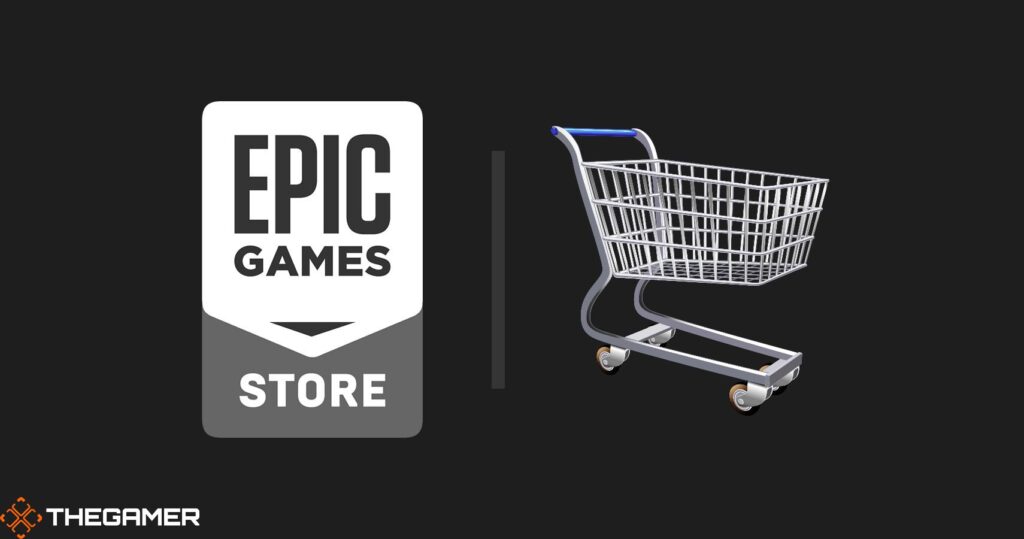 Alongside the announcement of the shopping cart, Epic Games also announced several other features that will be coming this year.

Epic Games Store’s Year In Review has revealed that Epic Games is currently working on a number of features that fans of the storefront have been requesting since its launch.

One of these features will finally allow players to buy in bulk as a shopping cart – something which you’d have thought Epic Games would have worked on sooner – will be implemented on the storefront at some point this year. Whilst the store’s end of year review doesn’t specifically mention a shopping cart is coming, it’s pretty clear what Epic Games means when you see the thinking emoji next to the shopping cart emoji.

Alongside the announcement of the shopping cart, Epic Games also announced several other features that will be coming this year. These include wishlist improvements, a social overhaul, achievements, and player profiles. Epic also claims that many of the changes coming to the store in 2021 will benefit developers and make it easier for them to publish their games on the store:

“Much of the development work this year is centered on opening the store to developers that want to publish titles on the store. We want a smooth, seamless experience for developers looking to bring their titles to the Epic Games Store.”

Read all about it in our blog: https://t.co/usRTKdjU8E

Despite giving developers a much better revenue split than most other stores, Epic was criticized when the Epic Games Store first launched due to how it lacked key features and how Epic was hoarding exclusives. With several new updates and giveaways nearly every week, the controversial storefront has managed to improve its image and has finally become a decent competitor to Steam.

This is evident in the statistics that were also included in the Epic Games Stores Year In Review which shows a 52 million player increase on the year prior. Other stats include $700 million dollars spent on the storefront by PC players, and over 749 million free games claimed. With new improvements and Epic’s free game giveaways continuing throughout 2021, these numbers will only increase.

No doubt Valve is looking cautiously over its shoulder at the rapidly improving Epic Games Store and the rivalry between storefronts will likely only benefit the customer in the long run.