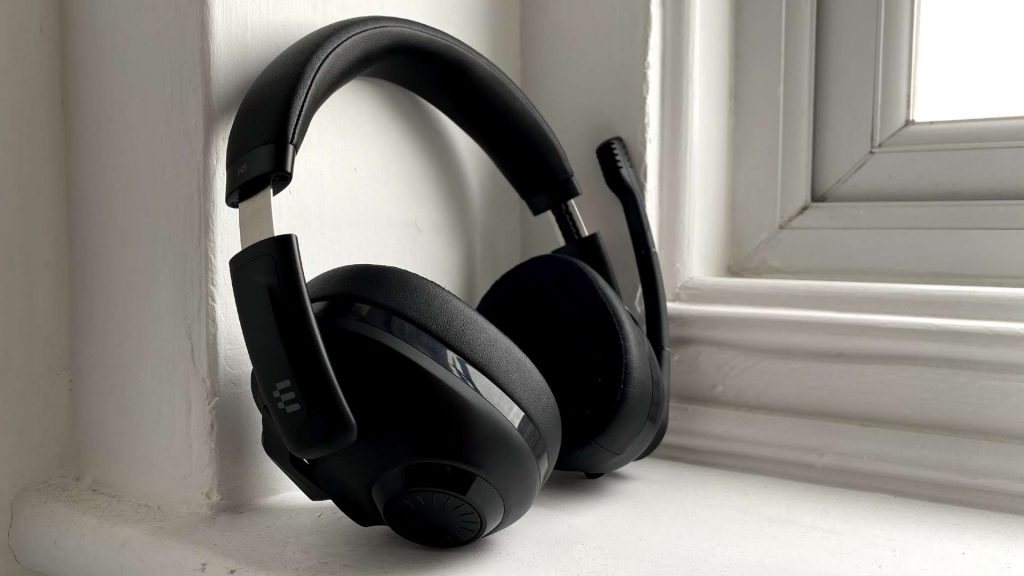 The long-awaited successor to the GSP 300 series is here, with the EPOS H3 sporting a fan-led design that aims to shake the criticisms of its predecessors. It’s the first pair of cans to ditch the Sennheiser branding after the two companies parted ways last year, and EPOS is keen to show that it doesn’t need the other logo to produce a quality gaming headset.

With over a century of audio innovation, it’s less a question of whether the EPOS H3 is a good headset and more of where it sits in the market. Its $119 / £109 MSRP is a little on the pricier side of wired audio, and it’s sandwiched between some of the best gaming headsets around, but you might find value compared to Razer’s $99 Blackshark V2 and Logitech’s $129 G Pro X depending on what you’re looking for.

EPOS is known for headsets that are built to last, and the H3 is no different. The price tag of the H3 is definitely backed up by its build quality – a mixture of smooth, solid plastic, stainless steel, and premium-feeling leatherette material. EPOS says it’s put its new model through extensive stress testing, and over my weeks of testing, it certainly felt like it can stand up to the knocks and bangs of everyday use for years to come.

Once the ear pads inevitably lose their plushiness further down the line, they can be easily swapped out and replaced. The same applies to the removable connection cable if it gets worse for wear, although the braiding should keep the wires protected for a good long while.

The detachable 3.5mm braided cable makes this model versatile and easy to carry around with you. However, ear cups that can fold flat would be a nice addition to make it the perfect partner to the best gaming laptop, as these cans are a little bulky when hanging around your neck.

While I tested out the H3 in an all-black colour scheme, you can also get your hands on a white version if you want something to stand out from the crowd in video chats and livestreams. The headset connects to your PC via the included split audio jack – although another single 3.5mm cable is included too, allowing you to use the headset on mobile devices and all the latest consoles from Xbox, PlayStation, and Nintendo.

The headset’s 270g weight, one of the lightest on the market, becomes very apparent once wrapped around your head. At times I forgot I was even wearing it, even after hours of working and playing, which is perfect for long stints but not so much if you’ve got that perpetual ‘one more game’ mindset.

This is helped by the thick memory foam leatherette headband, which is indented in the middle to remove force from the top of your head. Despite the lack of breathable materials, I didn’t find myself getting too hot-headed, but these materials could be a problem for those living in warmer climates. The memory foam ear cups are specifically positioned and shaped to exert minimal pressure on your ears, too.

You can adjust volume on-the-fly via a large control wheel on the right ear cup. It’s big enough so you shouldn’t have trouble adjusting it even in the heat of the most intense CS:GO 4v1 face-off, but not so cumbersome as to stand out or accidentally catch mid-round.

The flip-to-mute boom mic on the EPOS H3 is one of the best we’ve heard on a headset, with crystal clear clarity and no popping to upset your teammates. The bidirectional design blocks out background noises like loud mechanical keyboards or voices in other rooms remarkably well. Despite its fixed length, the boom arm extends out far enough that you won’t be left screaming into the void. This mic is a great compromise to the best gaming microphone, and wouldn’t sound out of place even when used for high quality livestream audio. 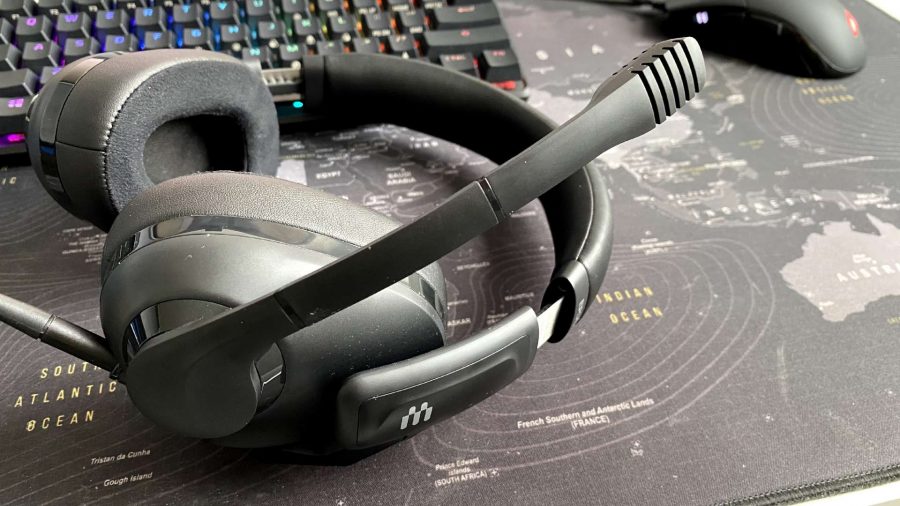 It’s not just the microphone that gets noise cancelling technology, either, as passive noise attenuation means none of the sound should leak from the closed-back ear cups and into the microphone or the room around you. The seal is just tight enough that you won’t find your own clicks and clacks distracting, but not tight enough to cause any discomfort.

The drivers strike a great balance throughout the audio range, with a good kick of bass that’s not so heavy that it ruins the detailed mids and super sharp highs. This setup is a great all-rounder no matter what type of game you’re playing, from pinpointing enemy footsteps in FPS games to taking in the soundscape of action games.

While it’s primarily tuned for gaming, you won’t feel disappointed listening to music and movies too. Plus, thanks to this model’s pretty restrained design, it wouldn’t look too out of place in public or in a work environment either, if you ignore the fact the boom mic isn’t detachable.

Unlike the similarly priced Logitech G Pro X and Razer Blackshark V2, the H3 doesn’t have an optional USB sound card, and there’s no software to fine tune the equaliser for specific games or music listening – but when the sound is well balanced for all games out of the box on the H3, it’s not the end of the world. 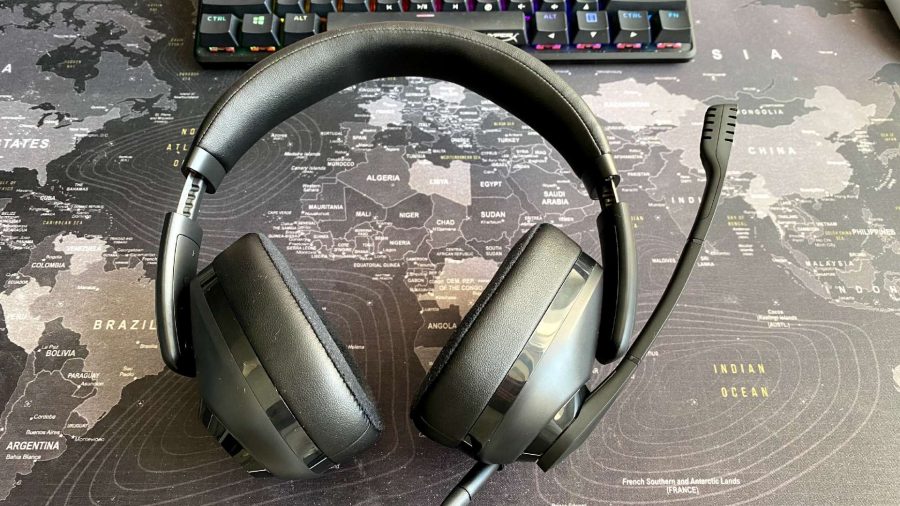 This means no native surround sound, although you have the option to get something similar for free using the Sonic surround sound emulation software built into Windows 10. It’s also compatible with some of Sennheiser’s equalizers to add audio adjustment and native 7.1 surround sound, but if you’re picking one of those up specifically for this headset, it suddenly becomes a much more expensive endeavour.

At $119 / £109, the EPOS H3 sits in a contested price point, and there are other options that might suit what you need a little better. Those of you wanting to manage cables could go with the similarly-priced Logitech G733, although your mic quality and connectivity will suffer with a wireless headset, and the 3.5mm port is great for multi-platform gamers.

Many other wired models in this price range offer built-in USB sound cards, which is something to consider if you like to play around with your audio settings often. If you want something similar on the H3, you’ll have to fork out more money for one of EPOS’s own amplifiers. Otherwise, the EPOS H3 is a fantastic plug-and-play gaming headset with a balanced equaliser and one of the best built-in microphones around.