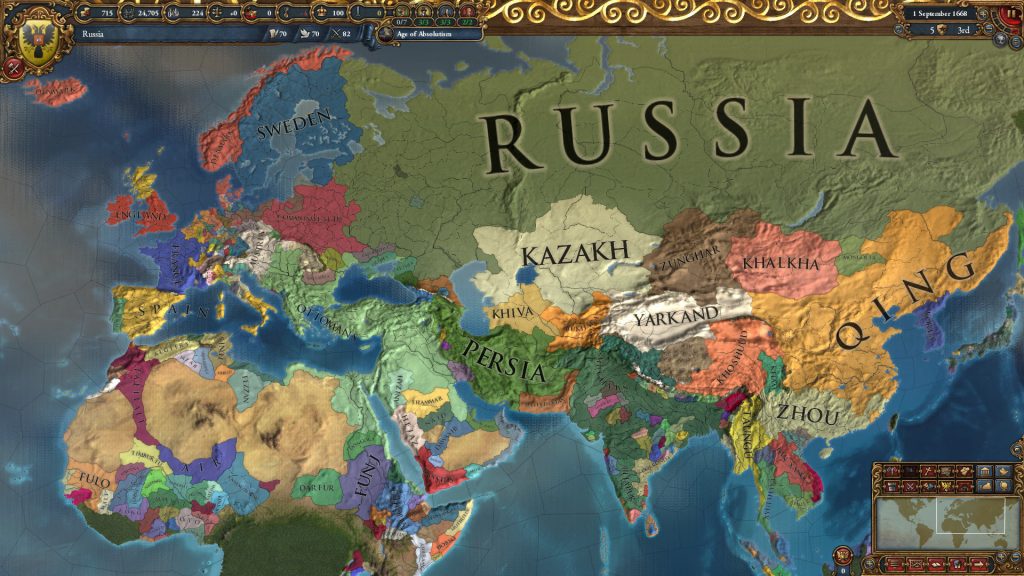 The Leviathan expansion for Europa Universalis 4 comes out this week, and in a new interview with Wargamer, the strategy game‘s director reflects on some of the ideas he believes haven’t worked out as well as he’d hoped.

Talking about the seven year journey Europa Universalis 4 has been on, Johan Andersson, director of the sequel, and co-designer on the very first EU, has a list of features he’d do-over, given the opportunity. “I would have not done the new mission system, because it’s a hell to balance, and set up, and I don’t think it’s entirely great for gameplay,” he says. “I would have reworked estates. We should have done that from the start. We should have never done the ‘random new world’ mechanic because it’s still not perfect. It’s good now, but people aren’t using it enough. So it’s not worth it.”

Consistent expansions and DLC packs has not been an issue for developer Paradox Tinto on EU4, releasing some 17 of them including Leviathan since first release. Andersson’s frustration isn’t necessarily that not everything worked, but that internal support is being spent on things that, once they’re fixed up, aren’t grabbing players’ interest. “We should have scrapped the ‘start at any date’, because people are not using it, and it’s just costly support,” he states. “There’s a lot of things I would try different.”

In addition to Leviathan, which introduces Australian Aboriginals, expands on Native American nations, overhauls North America, Southeast Asia and Oceania regions, and more, an EU4 monthly subscription service has been launched. For a set monthly fee, you get first access to all the old content, as well as anything new that comes out, and you can subscribe through Steam.

Here’s the trailer for EU4: