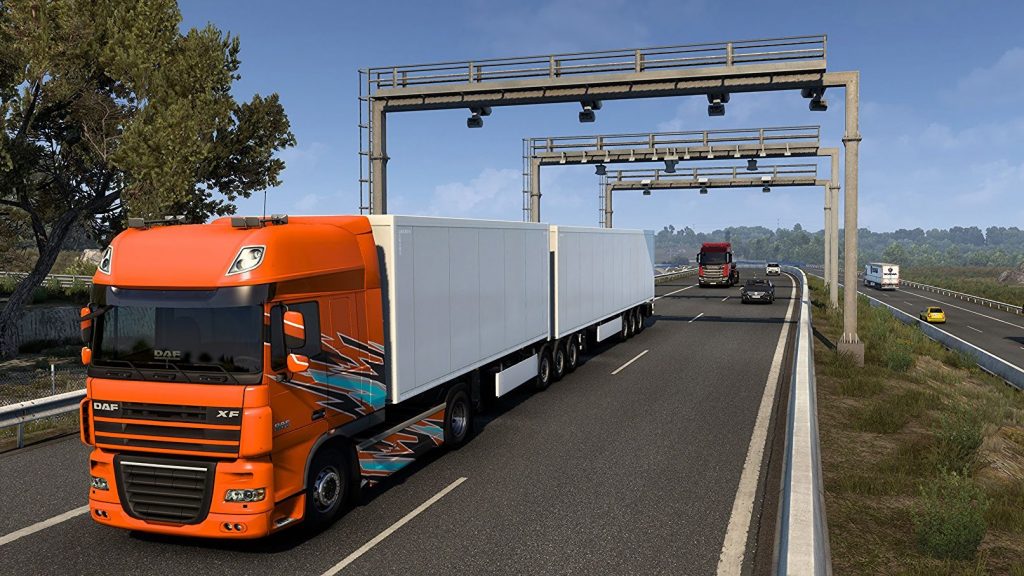 Euro Truck Simulator 2‘s Iberia DLC is out now, adding Spain and Portugal to the expansive driving game. That includes major new cities including Porto, Madrid and Barcelona, plus the Tabernas Desert, and new resources to ship such as automobiles.

There’s a recent trailer below that let’s you take in the sights.

As Euro Truck Simulator has continued to expand, so have those expansions increased their ambition in terms of detail. The variety in the trees, architecture and soundscapes makes a difference when the core appeal of the game is zen-like driving between beautiful places.

You only need to look at the amount of effort put into Iberia’s tollgates for a sense of what level of detail I’m talking about. “The Iberia DLC will feature an array of different toll booth designs and technologies,” reads the post, “from the slower traditional tolls with barriers, to the latest in toll road technology; overhead cameras reading every vehicle’s tags without them needing to slow down!”

It’s been a while since I personally fixed a steering wheel to my desk and took a truck for a ride, but I spent the first ten years of my life holidaying in a caravan parked in the driveway of my cousin’s house and my first international holiday aged 11 was to Portugal. We went back a few times in the years after. The Iberia DLC might tempt me back behind the wheel if someone can confirm that I can park my big rig in an Algarve resort town and buy a trufito.