Europa Universalis IV is free to keep on Epic now 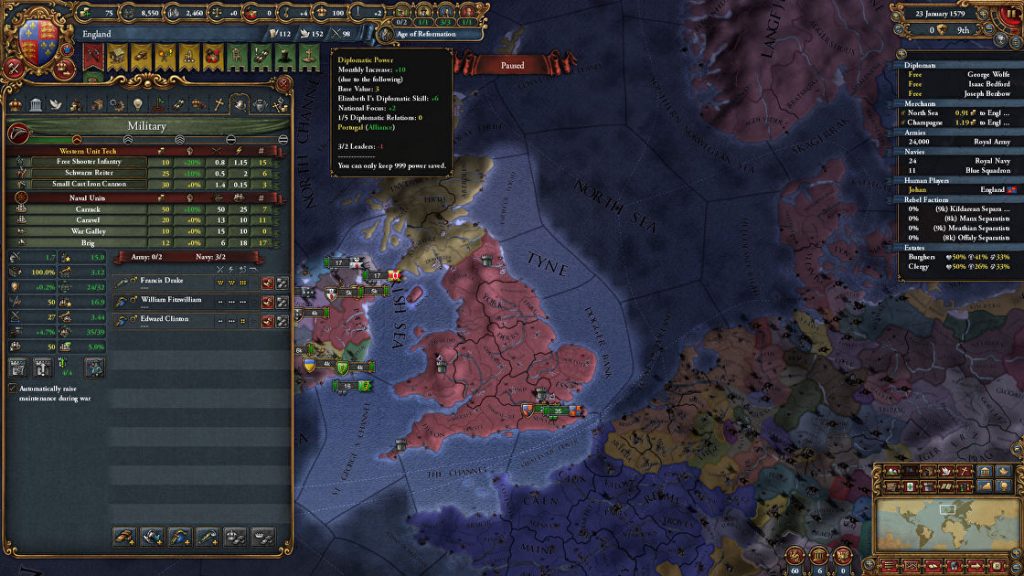 Tick tock it’s free game o’clock, with Paradox’s Europa Universalis IV now becoming the latest freebie on the Epic Games Store for the next week. The historical grand strategy game puts you in charge of a nation from the middle ages through to early modernity, charting a course through countless economic, political, military, and religious crises. EU4 is eight years old but still a good’un, and Paradox are still updating it with expansions and patches.

Though EU4 first launched in 2013, we still say it’s one of the best strategy games. Paradox have released oodles of expansions and updates across the years, in their usual way, and even recently opened a new studio whose first mission would be to keep working on EU4. That… did not start out so strong.

The latest EU4 expansion, Leviathan, earned 91% negative reviews from players on Steam earlier this year. Paradox apologised for that. But they’re still patching away, with another paid content pack in the works and a balance-tweaking update due later this year (which they’ve already started detailing in dev diaries). And, y’know, you don’t have to buy Leviathan. You probably shouldn’t.

You have until 4pm (8am Pacific) on Thursday the 7th of October to grab a free copy of EU4 from the Epic Games Store. It’s available for Windows and Mac. The game is normally on Linux too but Epic’s store isn’t, so not here.

After this, the next freebie will be PC Building Simulator. That is exactly what is sounds like, and pretty good.