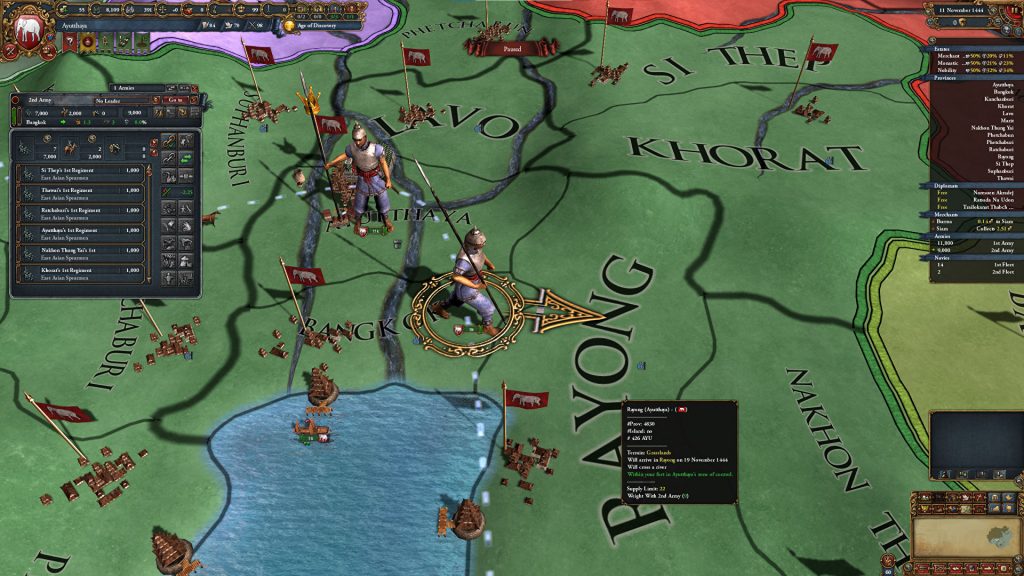 Europa Universalis IV‘s latest expansion, Leviathan, adds new ways to enrich your historic empire. Unfortunately it seems a slew of bugs has led to it becoming the worst rated game on Steam with 90% negative reviews.

Paradox have already released a hotfix that addresses a lot of issues, but not nearly all. There’s a problem megathread on the EU4 forum and a similar post on Reddit cataloguing the issues, including bugs, balance problems and missing content.

Leviathan is the first EU4 DLC produced by new studio Paradox Tinto, led by original EUIV designer Johan Andersson. In a since deleted post (available on the Web Archive) on the game’s forum, Andersson wrote that they had “identified and corrected some issues in our production process based on learnings from this release and are taking concrete action – both to fix the existing issues and to ensure future releases meet the quality you expect.”

In a post on the same forum, Paradox community manager BjornB expressed similar sentiments. “We obviously made a grave miscalculation of the state of the version we decided to release and we are truly sorry about that. But as I also said earlier: at this point no words alone, we or I say can fix things. I can however promise you that we are working as hard as we can to get patches out, and we’ve taken a good hard look at how this could be allowed to happen.”

This isn’t the first time Paradox DLC has been released to heavy criticism from its community. The previous DLC, Emperor, was buggy albeit less so and currently has mixed reviews on Steam. Dharma, the DLC before that, has mostly negative reviews. Prison Architect’s DLC has been similarly criticised for being buggy and imbalanced.

Last year, we spoke to several current and former Paradox QA staff who alleged being underpaid and poorly treated.

“When it comes to when people talk about bugs and stuff in games, you always hear ‘QA don’t do their job, blah, blah, blah.’ But what they don’t know is that there’s so much more stuff going on behind the scenes at these games companies that they don’t know about,” one person told us. “You don’t know anything about what it’s like under the surface, because a lot of companies are so good at presenting this facade.”