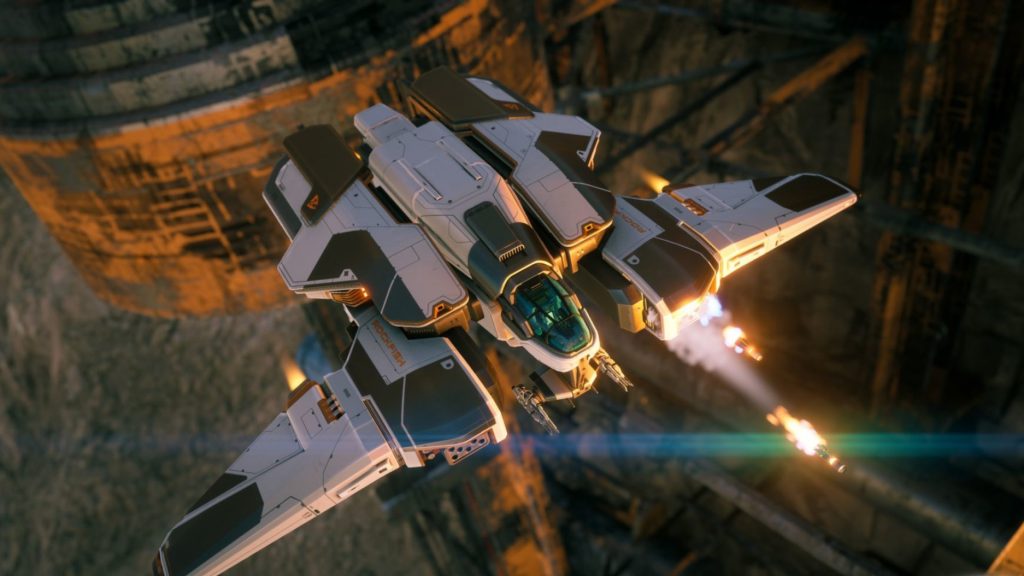 The first big content update for early access space game Everspace 2 has arrived, bringing with it a brand new ship class, the heavy Bomber. The update, called Union: Contracts/Hinterland, also includes new content for the story campaign, a new mission type, new enemies, and the return of an old friend from the original Everspace.

First, the new bomber is likely to attract pilots’ immediate attention. Developer Rockfish says it’s a heavy fighter that bristles with “a virtually unlimited supply of missiles and mines, including the infamous ARC-9000,” which the bomber can deploy in its ultimate ability, a “massive ball of destruction” that damages friend and foe alike when it explodes. Use it with due caution, Rockfish advises.

If you played the original Everspace’s Encounters expansion, you’ll be pleased to see outlaw Elek making his return to the series. You’ll find him dangling in a cocoon of some kind deep in a spooky cave at Cephas Downs, Rockfish says. His predicament when you discover him likely has something to do with the new enemy that’s arriving in this update: the cave crawler. These are your mean-spirited, razor-clawed space bugs, and they’re full of corrosive blood that you’ll want to look out for while you’re lighting them up with laser fire.

Once you find Elek, he’ll give you a hint about where to go to progress in the main campaign, which has had a sizable new chunk added, along with a new mission type. Elek will join up as a companion down the line at some point, and once he does you’ll be able to unlock perks and upgrade them for him.

Get in the all-new Bomber cockpit to unleash mayhem on your enemies! https://t.co/ALtPzbuUtJ#space #scifi #indiegames #indiedev #UE4 #PCgaming pic.twitter.com/rpbKwh1nPo

The update increases the level cap to 15, adds new Outlaw units with their own branded equipment, new resolution and DLSS settings, and makes a bunch of tweaks and bugfixes as well. You can read the full changelog on Steam.

The update post includes a lot of insight into how Rockfish is approaching development of Everspace 2, including the feedback they’re looking at from players – what kinds of controller setups people are using, how they’re getting on with the puzzles, and the balancing needed to get the RPG game’s loot progression tuned so everyone’s (mostly) happy.

In any case, this update means there’s suddenly a lot more Everspace 2 to play. The game’s still in Early Access on Steam and GOG, and there’s another major content update scheduled for the fall.