Every Pokemon In Founja Jungle (Night) & Where To Find Them 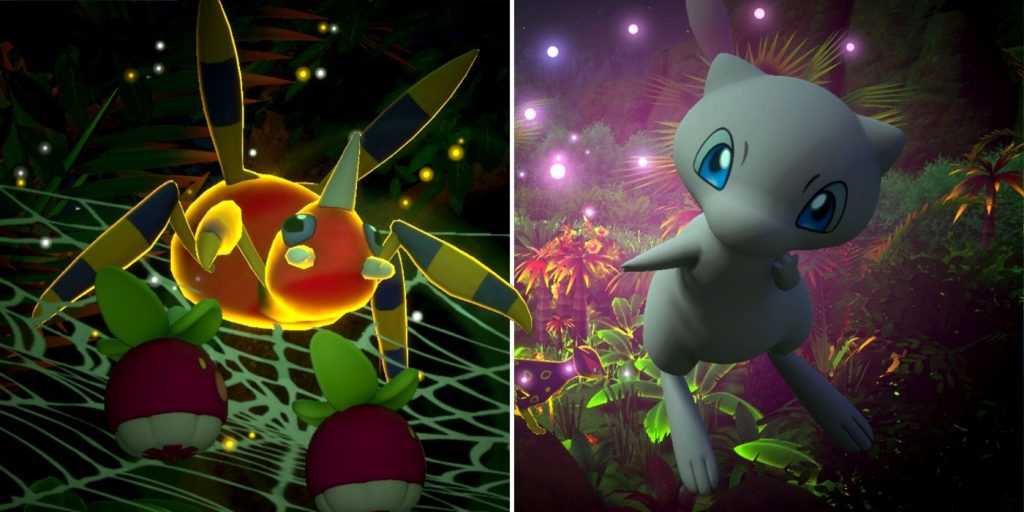 New Pokemon Snap’s Founja Jungle (Night) course is very similar to the daytime variant, although there are one or two big differences.

The Founja Jungle (Night) course is the fifth that players will get to explore in New Pokemon Snap and will become available once they have reached research level 2 in the daytime variant. The vast majority of Pokemon that players will encounter here are the same ones that show up during the daytime, although there are one or two new ones and many of the existing ones behave a little differently too.

RELATED: Every Pokemon & Where to Find Them

In total, there are 18 different Pokemon to photograph in the course, some of which won’t show up until after players have reached research level 2. Much like the Jungle (Day) course, there are two alternate routes, both of which are unlocked in exactly the same way. There’s also a legendary Pokemon once players have completed the game and interacting with it in a certain way will cause it to appear in the daytime course.

Every Pokemon In Founja Jungle (Night)