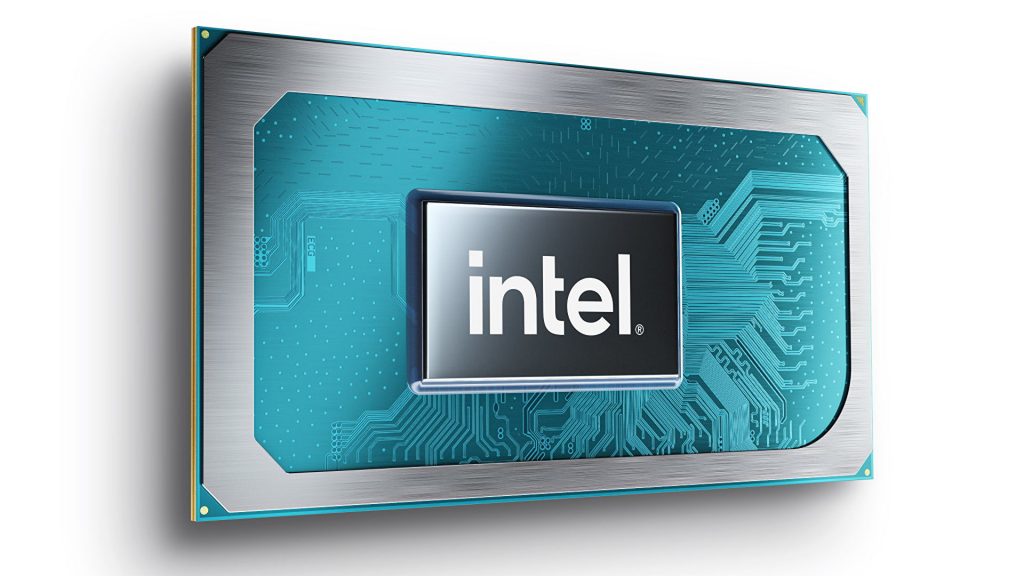 Intel have finally unveiled their full line-up of 11th Gen Tiger Lake H-series laptop CPUs today, and with it a fresh wave of over 80 new gaming laptops to be released over the coming weeks. These high-performance laptop CPUs will succeed Intel’s ubiquitous 10th Gen Comet Lake chips such as the Core i7-10750H and Core i9-10980HK, bringing with them up to 19% gen-on-gen multithreaded performance improvements, PCIe 4.0 support and the latest wireless connectivity standards. Here’s everything you need to know.

As you may remember from earlier in the year, Intel launched their first batch of Tiger Lake H-series laptop CPUs back in January. However, this trio of super energy-efficient chips known as their H35 CPU family were never intended for high-powered gaming laptops. Instead, they were destined for ultraportable laptops that sat on the border of traditional consumer laptops and what we’d normally consider proper portable gaming machines. It left Intel’s next-gen laptop line-up feeling a bit underpowered at the time, especially as AMD took the opportunity to launch their full line-up of Ryzen 5000 CPUs for laptops as well.

In some respects, today’s announcement is Intel playing catch-up, as there are already several next-gen gaming laptops out there such as the Asus ROG Strix Scar 15 and Asus ROG Flow X13 that have already jumped ship to AMD rather than making do with one of Intel’s older 10th Gen Comet Lake laptop chips.

As mentioned above, though, today’s 11th Gen Tiger Lake H-series launch will also see the arrival of over 80 newly-specced gaming laptops in the coming weeks and months, resulting in loads more machines at a variety of different price points. Indeed, with Nvidia also announcing their RTX 3050 and RTX 3050 Ti laptop GPUs today, I’d imagine a fair chunk of those 80+ new gaming laptops will be at the cheaper end of the gaming laptop scale, too, giving us even more machines to pick from than ever before.

I’ll be testing those gaming laptops in due course, but first, let’s talk specs. Intel’s new Tiger Lake H-Series chips are based on their new Willow Cove Core microarchitecture and their 10nm SuperFin manufacturing process, making them quite different from Intel’s 11th Gen Rocket Lake CPUs for desktop. The two platforms do share a couple of key features, though, namely support for up to 20 PCIe 4.0 lanes directly attached to the CPU, as well as Thunderbolt 4 so you can connect your laptop to multiple monitors and peripherals through a single cable, as well as Wi-Fi 6 (and Wi-Fi 6E when it launches later this year) and Intel’s Xe graphics architecture.

Intel’s Tiger Lake H-Series will be available in Core i5, Core i7 and Core i9 versions, ranging from six to eight cores. Have a look at the table below to see how they all stack up.

The flagship CPU in this family is the Core i9-11980HK, which supports all of Intel’s new next-gen bells and whistles. This CPU is fully unlocked for overclocking, for starters, allowing you to get even more performance out of it with Intel’s Extreme Utility tool and Intel Speed Optimiser app – a feat previously reserved for Intel’s unlocked desktop CPUs. The Core i9-11980HK also supports Intel’s Turbo Boost Max Technology 3.0, which automatically identifies a chip’s two fastest cores and gives them extra Boost capability. This will be available on both of Intel’s Core i9 Tiger Lake CPUs, allowing the 11980HK to hit speeds of up to 5.0GHz on two cores.

In terms of gaming performance, Intel seem pretty confident that the i9-11980HK will comfortably beat AMD’s Ryzen 9 5900HX laptop chip, too. According to their benchmarking figures, which compared Lenovo’s Legion R9000K laptop (powered by the 5900HX and a 165W version of Nvidia’s RTX 3080 laptop GPU) with a pre-production MSI GP76 laptop powered by a 155W RTX 3080 and Intel’s new i9-11980HK. As you can imagine, it’s not a complete one-to-one comparison due to them being slightly different systems, but Intel pegs their machine as offering between 11-26% more performance than Lenovo’s AMD model.

Intel also say that their entry-level Core i5-11400H will offer just as much gaming performance as AMD’s much more upmarket Ryzen 9 5900HS, too, which is AMD’s top CPU for thin and light gaming laptops. In another slide of benchmark figures, the Core i5 offered near identical speeds to the Ryzen chip in three of their seven test games, coming in 1-3% slower, while the other four games in their testing suite were 3-12% faster. A bold claim, if ever I saw one, although again, this was using two different, but similarly specced systems. The Ryzen 9 5900HS was tested in the 18mm thick Asus Zephyrus G14 with an 80W RTX 3060 inside it, while the Core i5 was in a 16.5mm ‘Intel sample system’ with a 65W RTX 3060 Max-Q GPU.

Still, on the face of it at least, it would appear that Intel have definitely made up for lost time with their 11th Gen Tiger Lake H-Series chips, and I’m looking forward to testing some of these systems myself to see how they stack up in practice.