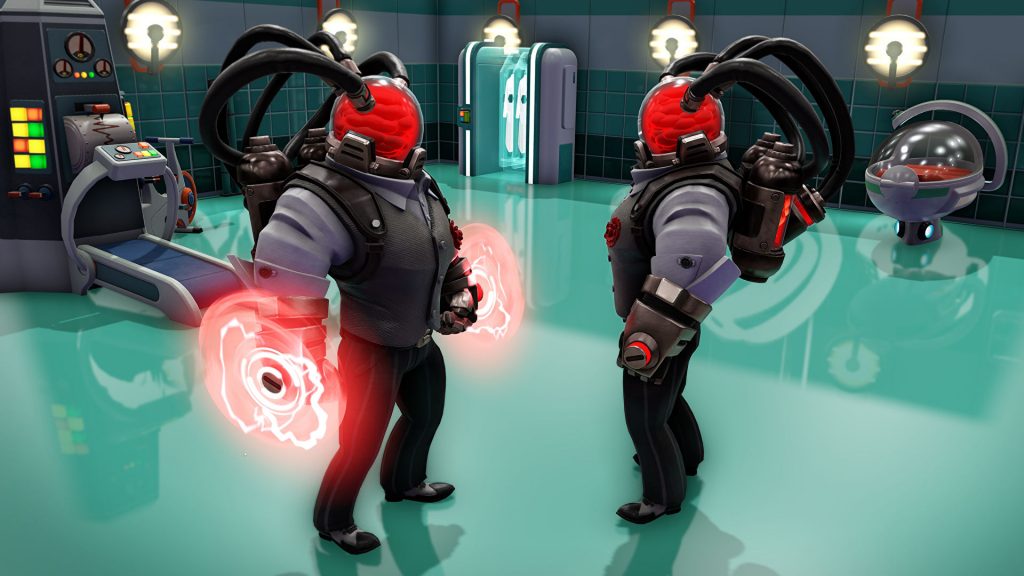 A big part of Evil Genius 2‘s design revolves around Super Agents. These dangerous do-gooders infiltrate your lair with the aim of wiping you out, and you need to balance the risks of leaving them be with the costs of taking them out.

If you’ve already mastered those decisions for the stock selection of heroes, here comes Evil Genius 2’s first DLC to mess again with your perfect crimes. The Cabal Pack, out now, adds Espectro, who has a dome-head filled with red mist and the ability to make clones of himself.

The Cabal Pack adds Espectro, new lair equipment and henchmen skins, a new interrogation device (a big crotch-advancing laser inspired by James Bond), and some new side story objectives to go alongside. It can be bought separately but also comes as part of the game’s season pass, which also grants access to more items, hemchman and minions to come in later DLC.

In his Evil Genius 2 review, Brendy described super agents as “excruciating by design.” They can cause havoc in your base, disabling traps and killing minions, but to kill or capture them will cost you the lives of a lot of workers as well. “Having one super agent in your base is a bother. Having multiple is disastrous,” he wrote.

Rebellion have also released a major rebalance patch for the game which aims to respond to feedback about the game’s progression and pace. Those might address some of Brendog’s criticisms, since he ultimately enjoyed the game but concluded it was better played in sandbox mode than in its campaign.