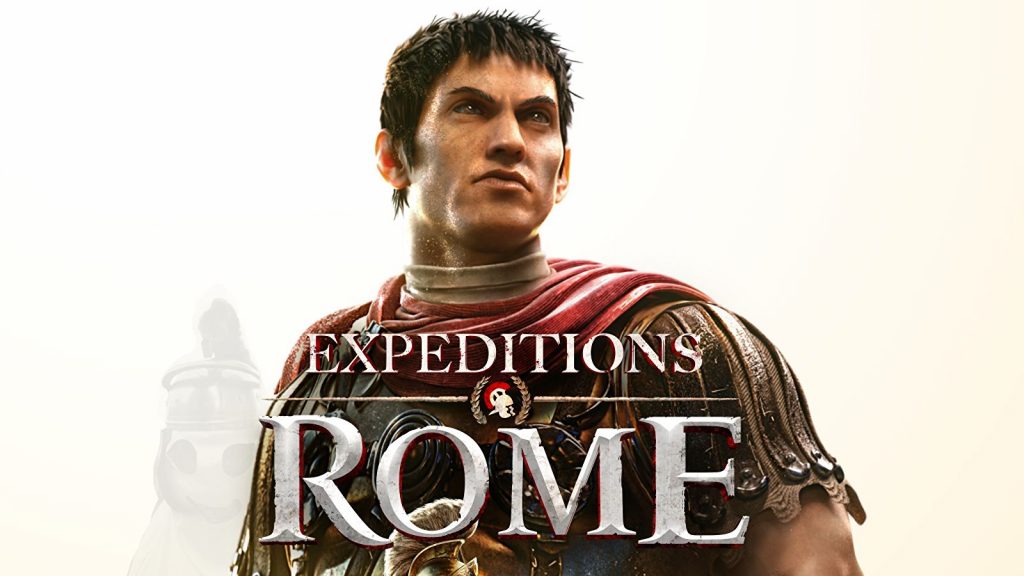 For a long time, I’ve had a low-key yearning for more CRPGs with a historical setting – to me, it feels like a gold mine that’s barely been scratched at. As such, imagine my delight in discovering not only that a hefty one is on the way later this year, but that it’s about the good old Romans besides.

Expeditions: Rome is the third in a trilogy by developers Logic Artists, and follows on from 2017’s Expeditions: Viking (but not literally, since it starts hundreds of years beforehand and all). It’s an RPG in the Baldur’s Gate/Divinity mould: you create a character who slots into an established backstory, just as their life takes a dramatic turn towards exploring beautiful pre-rendered maps with a party of colourful personalities. Sometimes they have chats, and sometimes they have turn-based fights on a grid of hexagons. But crucially, sometimes they have to manage a roman legion.

Having spent some time watching Expeditions: Rome being played by its devs, I’m more excited than I expected to be. While Viking, and Conquistador before it, were broadly regarded as good games, they were very much seen as a tier down in scale and budget from the blockbusters which I automatically went to as standard-setters in the paragraph above.

E:R, very plainly, is a much more ambitious game than its predecessors. And while I clearly don’t know what it’ll play like on release, I know the difference between developers who are genuinely excited to show off their work, and those who have a professional responsibility to act like they are. This demo fell very much into the first column, and that’s always a good sign.

The game puts you in the sandals of a Legatus (basically the boss of a Roman legion) whose dad has been binned by assassins, during the feeding frenzy of political intrigue preceding Rome’s transition from republic to empire. Suspecting that you’re next in line for a stabbing, you decide you need to get out of town fast – and as luck would have it, you happen to command a huge army of armoured murdermen, which you can lead away to commit various acts of bloodthirsty imperialism, as far away from Rome as possible.

The story of this nightmarish lads’ adventure holiday takes you to North Africa, Greece and Gaul, before you make your way back to Rome for what I suspect will be an endgame reckoning. In the 40-plus hours it’ll take to play it through, your Legatus will be trying to get to the bottom of the skullduggery behind the game’s inciting incident. But crucially, they will also be responsible for the small, trifling task of leading a full Roman Legion on campaign.

Obviously, this isn’t going to be a Total War game. You’ll want, well, Total War for that. But it seems that Logic Artists have really leaned in to the army management side of the game: your hub in each act of the game is a military camp which you’ll actively manage and upgrade, while also making decisions about where to send soldiers.

Some decisions will buff your party directly, while others will have wider consequences. For example, the strength, deployment, and actions of your troops in a region will change the interactions your character has with NPCs, in ways that aren’t hard to imagine.

And although you won’t be commanding sprawling field battles on screen, you will be able to take legionaries out with you with your party when you’re RPGing. They will serve as your Praetorian guard, and satisfyingly, they will essentially be redshirts. “They are fairly disposable,” explains creative director Jonas Weaver. “They do gain XP and level up, but if one of them dies, you can always recruit a new one. The starting level of your recruits depends on the upgrade level of your barracks, so as long as you keep your camp upgraded, your recruits will more or less keep up with your level.”

It won’t just be rando brutuses joining you on your quests, of course. Characters you’ve encountered on quests, or enemies you’ve spared in combat, will sometimes show up in your barracks for recruitment too. And of course, if you make a pig’s ear of managing your military activities, your potential Praetorians (depending on their character traits) may mutiny and desert you.

I’m also endeared by how much period detail seems to have made its way into the game. It’s not rigidly accurate by anyone’s claim – there’s some reasonable compression of historical events, for example, so that it’s possible to meet as broad a suite of historical figures as possible in a shortish period of time. But at the same time, this isn’t a primary-coloured Roman fantasy setting, either.

Weaver has been researching the period obsessively, partially with a view to including as many subtle touches of authenticity as possible, but also to design a story which properly fits the Roman moral universe. “I’m fascinated by the Roman patron/client system, and to what extent the idea of family and tribe permeated that society. It was seen as virtuous to defend your family, even if your family members were clearly in the wrong, and someone could get a lot of respect for siding with criminal family members, even as they were convicted of their crimes.”

Going back to historical characters, there are some that I’m really looking forward to interacting with. Weaver mentioned an encounter with Cato, Julius Caesar’s famous rival, who abruptly asks your character to justify an action they took much earlier than the game. “Cato isn’t as interested in what you did as he is in your reasons for doing it,” Weaver says. “If you can convince him that you are a moral and virtuous person, he will lend you his help later on.”

Also present in the same scene is Cicero, one of my favourite lads off of history, and one of Weaver’s too. From the way Weaver described the famous orator, I suspected the characterisation drew from Robert Harris’ brilliant trilogy of novels about him, and this was later confirmed to be the case. However much of a gigantic nerd it makes me, I’m tremendously excited by that.