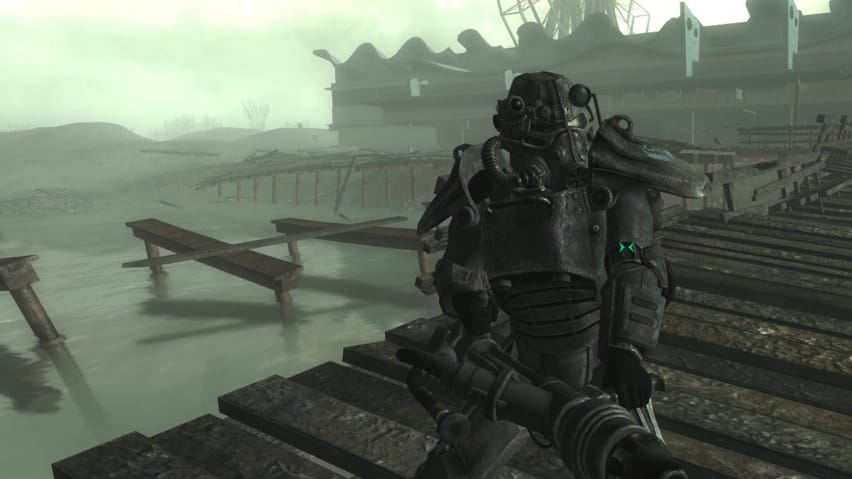 A new update for Fallout 3 finally removes Games For Windows Live from the game, removing one of the more annoying obstacles for getting this classic FPSRPG running on modern PCs.

We may visit Washington D.C. once again in Fallout 76, but the best (and first) way to do that for the moment is Fallout 3. The game with the iconic democracy-loving giant robot first arrived on PC a little less than 13 years ago, but it was also saddled with the baggage of Games For Windows Live. Now, this archaic Microsoft gaming ecosystem has finally been stripped from the game.

Today’s Fallout 3 update (via Reddit) is wholly focused on removing Games For Windows Live from the PC version of the game on Steam and it’s a most welcome move, if only for all the trouble caused by the software.

Getting Games For Windows Live to play nice with modern Windows systems can often be a chore. There’s a well-known Nexus mod that disables GFWL, but even that’s not perfect; ultimately, players would have to follow a lengthy guide to actually get the game running.

Unfortunately, today’s Fallout 3 update does have one downside — as the comments on the update note, Bethesda has neglected to port the game to Steamworks. That means that there is effectively no real way to track your achievements as you can with its sister game Fallout: New Vegas.

This update aside, it’s a great time to buy the Fallout games on PC if you haven’t already. You can buy Fallout 3 and Fallout: New Vegas for PC via Steam at discounts as high as 70% off for the next two weeks. If you’d prefer something a little more modern, you can also pick up Fallout 4 on PC for 75% off and enjoy the many, many things to do in Boston.

What do you think of today’s Fallout 3 Update? Do you think Bethesda should have implemented Steam achievements? Let us know in the comments below!