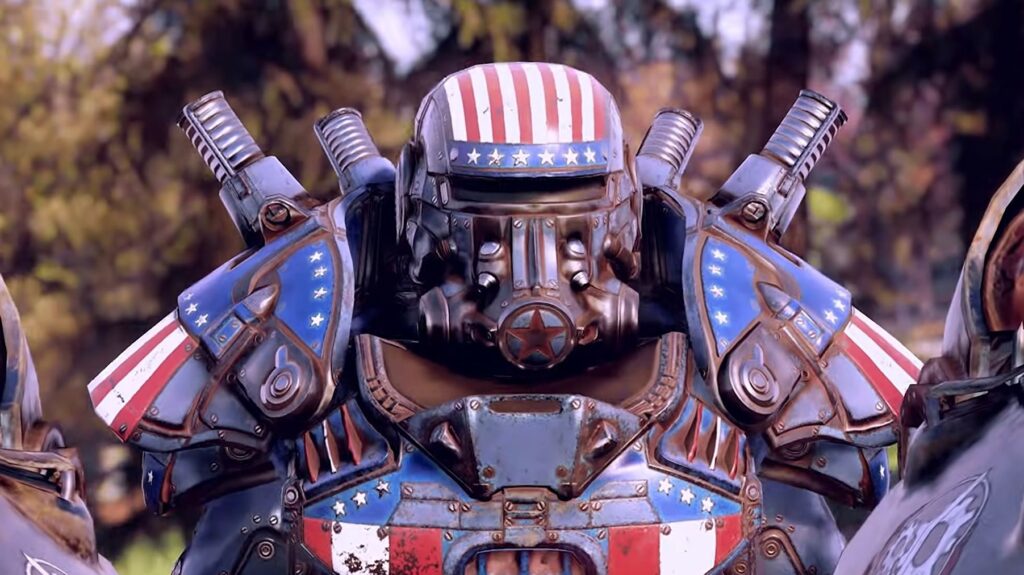 Summer is heating up in Appalachia, it sounds. There’s the radiation, as usual, but today also brings Fallout 76‘s tense finale to the Brotherhood of Steel storyline that kicked off last year. The Steel Reign update brings new quests and locations to cap off the Brotherhood story, along with a new scoreboard season, legendary crafting, and legendary power armor. Here’s what’s new in Appalachia with today’s update.


“You arrive back at Fort Atlas to find the tensions between Paladin Rahmani and Knight Shin have reached a boiling point,” Bethesda say of the Steel Reign story. “After swarms of Super Mutants start to appear and people are reported missing, how will you guide the Brotherhood? Will you take the side of justice or will you remain committed to duty?”


Here’s a look at that head-to-head debate from the Steel Reign launch trailer:


Along with the conclusion of the Brotherhood storyline, the Steel Reign update comes with some other bits that we’d been told to expect in the 2021 roadmap for Fallout 76. Legendary Crafting has arrived “which you can use to turn normal items into legendary items, re-roll your existing legendary items’ attributes, and even upgrade or downgrade their star-ratings,” Bethesda explain. That hinges on the new crafting component Legendary Cores which you’ll earn as a reward for completing events and Daily Ops. That includes Legendary rank power armor, which is now a thing you can stomp about in.


Today brings a new seasonal reward score board to work through as well, this time called “K.D. Inkwell and Escape From the 42nd Century” with a dystopian future theme.


You can catch the rest of the changes that have arrived today in Bethesda’s update notes including lots more detail on all the attributes and requirements for legendary crafting.


In other upcoming changes to Appalachia, Bethesda are retiring Fallout 76’s battle royale mode in September. Sometime next year, Fallout 76 is planning to head out on its first excurion off the main map in The Pitt expedition.