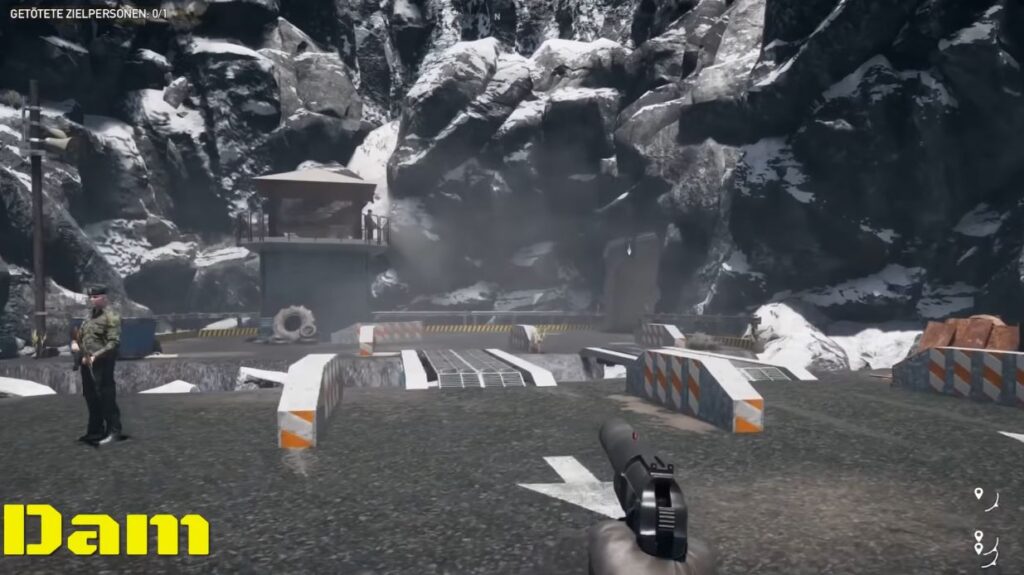 007 video games were huge back in the day and while they haven’t been much of a present IP for the video game industry for a while, IO Interactive is changing that up. However, one game in that catalog of titles that constantly gets brought up in the limelight is 007 Goldeneye, a title that was a must-have if you owned the Nintendo 64. While the game was centered around the film of the same name, what made this game such a massive success was the multiplayer component.

Players would join together locally and compete in an FPS match across multiple different level layouts. We’ve seen plenty of fan feedback pop up over the years still regarding this game as a mega-hit and one that should be remade. Now getting a remake would likely be difficult with all the licensing, but it hasn’t stopped fans from bringing out their remakes for modern platforms. Some of these games never really hit the web before getting killed off, but it looks like there’s a remake fan might find of interest.

It turns out that one fan managed to remake all the levels for the 007 Goldeneye title through the Far Cry 5 map editor. This is a pretty robust editing tool for fans interested in creating some content, but today we can look into Krollywood’s hard work. You can pick up this project as well and give the title a shot for yourself, but we’re not sure just how long these files will be available before they are removed officially.

With that said, once something is posted online, you can’t ever get that content down. Chances are you’ll still see these maps available online if you search around. For now, if you simply would like to take a look at the work completed by a skilled fan then you can check out the trailer footage in the video embedded above. Meanwhile, Far Cry 5 is readily available for players to purchase today while the next mainline installment, Far Cry 6 is slated for a release in October of this year.