Far Cry 6 Should Focus on FC4’s Ending, Rather Than FC5 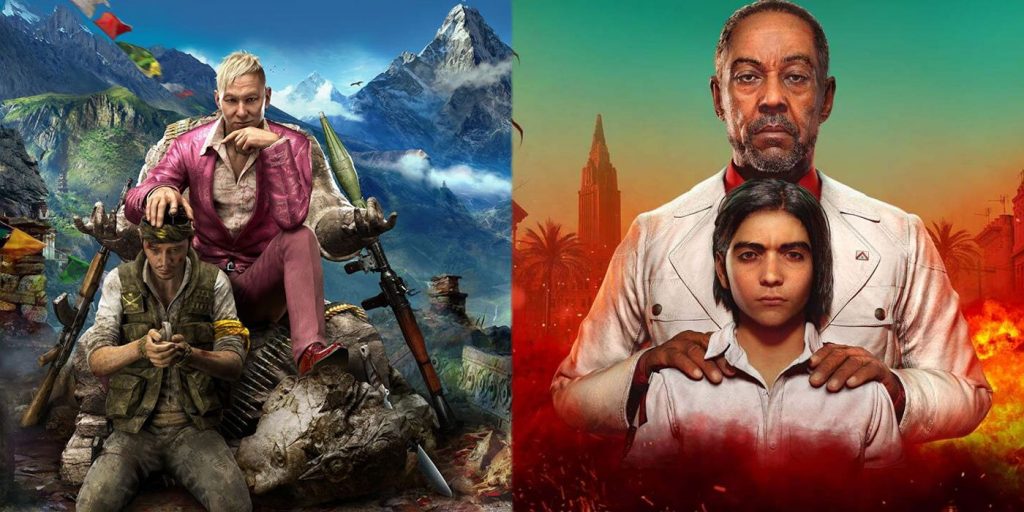 The ending of Far Cry 6 needs to resemble Far Cry 4 far more than it does Far Cry 5 if decisions and consequences are going to have meaning.

Far Cry 6 will put players in the role of revolutionary Dani Rojas on the Cuba-inspired island of Yara. There they will fight to take down Yara’s president, Anton Castillo, whose family has been ruling the nation with an iron fist for years, and who is preparing his son Diego to take over his regime in the event of his death.

The revolutionary plotline is reminiscent of Far Cry 4‘s plot with the Golden Path, while in some ways Anton’s call to “reconstruct paradise” resembles Far Cry 5‘s Joseph Seed, who claimed he could lead his followers to Eden. However, there are some good reasons that the ending of Far Cry 6 should resemble the fourth game far more than the fifth if it’s going to deliver a satisfying finale.

RELATED: Far Cry 6 May Not Be Tackling One Common Theme in FC3, FC4, and FC5

Far Cry 5 presented the player with choices, but it had a noticeable issue creating meaningful cause and effect. In the final main decision of the game, players must choose between accepting Joseph Seed’s forgiveness, or resisting him. If they don’t resist, the player character and the other members of the Hope County Sheriff’s Department are allowed to leave, although in the car it is implied that the player character may still be under the effects of mind-control.

If the player resists, they fight Seed’s men before a nuclear bomb detonates on the horizon. Horrified that Seed’s doomsday prophecy has come true, the player and their allies flee before they crash their car. The player wakes up in an underground bunker where it is confirmed that Joseph Seed survived, and the game ends.

The nuclear ending is certainly cinematic, but the fact that the bombs only drop in one version of the ending reveals a fundamental issue in Far Cry 5 as an interactive story. The players actions affect the outcome of events, but the consequences are completely disconnected from those actions. The fact that resisting Joseph causes a nuclear war, while accepting his forgiveness does not, demonstrates that to the extreme.

Because of the way the ending of Far Cry 5 works, there’s no way for players to make their final choice based on the story so far, or to see the consequences of their actions meaningfully reflected in the ending. Instead, the game responds with two wildly different reveals; the continued mind-control or the nuclear apocalypse, both serving as final “gotcha” moments. The fact that Seed’s prophecy is apparently only true in one ending undermines both. It shows that there was no way for the player to correctly conclude whether Joseph was right based on the story so far, because it is their final choice itself which retroactively decides whether or not Joseph was right all along.

Cause And Effect In Far Cry 4’s Ending

In contrast, Far Cry 4 lays out its setup and consequences far more fairly. One of the biggest choices Ajay Ghale has to make in Far Cry 4 involves siding with one faction in the Golden Path’s fracturing leadership. One leader is Sabal, who believes that Kyrat’s religious traditions should be restored to prominence and used as a tool to unite the country. The other leader, Amita, believes that the old ways must be abandoned if Kyrat is going to move forward towards a brighter future. The leader Ajay chooses will command them to kill the other.

There is no choice in Far Cry 4 which leads to a happy and peaceful Kyrat, but whoever the player chooses, the consequences of their actions and the connection of those consequences to Sabal and Amita’s pre-established characters is clear. In the ending where the player chooses Sabal, they can witness him lining up members of Amita’s faction and executing them before the Tarun Matara, a young girl believed to be the reincarnation of Kyrat’s goddess. If the player sides with Amita, they can find her separating families in a village, where she heavily hints that she had the young Tarun Matara murdered to cut Kyrat’s ties to the past.

In contrast to Far Cry 5‘s ending, the ending of Far Cry 4 plays out the consequences of the player’s choices far more fairly. Ajay’s decision leads to outcomes which are already evidenced by the personalities and politics of Amita and Sabal before the decision is made. In Far Cry 5, there’s no actual evidence that Joseph Seed is right about the end of the world. The game has a Schrodinger’s apocalypse that is both real and fake, until the game’s final choice determines whether or not Joseph is right.

If Far Cry 4 had done the same, it would have been a very different game. For example, the game could have had a version where choosing Amita reveals Sabal to be a spy for Pagan Min, while choosing Sabal reveals Amita to be a spy. While the decision would still affect the story, it would do so by retroactively changing the conditions under which the decision was made, rendering that decision meaningless.

Far Cry 6 cannot have choices which have consequences that are totally disconnected from the player’s actions. Similarly, it cannot have choices which retroactively determine the conditions under which the choice was made. It already seems likely that Dani Rojas may have a similar decision to make as Ajay Ghale. The Yaran revolutionary movement is described on the Far Cry 6 website in a way that’s reminiscent of the Golden Path; “the resistance remains divided and without unified leadership.”

It seems very likely that Dani will either choose a leader of Yara’s revolutionary movement, or will become the leader themselves, and will have a significant choice to make determining its future. If those choices are going to feel meaningful, players need to feel that their decisions will have consequences, and that those consequences will fairly reflect the story so far, even if they’re negative.

MORE: Far Cry 6 Needs a Hero as Interesting as its Villain for a Change