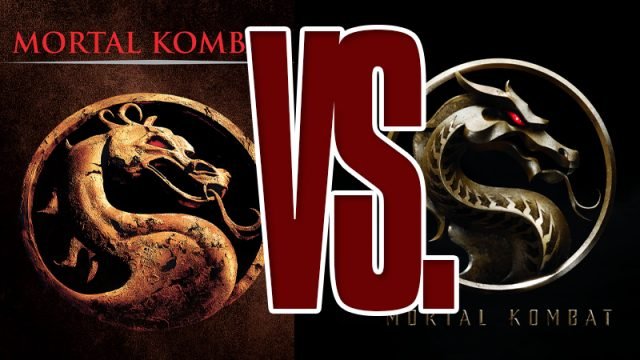 Mortal Kombat finally released in theaters and on HBO Max a few weeks ago, which means everyone and their mothers has watched the latest iteration of the popular video game and spent the last week either blasting it as the worst film ever made or one of cinema’s great masterpieces.

My take? It’s an enjoyable action flick with a few decent fight scenes marred by some bad performances and dialogue. But who cares when “the chick gets her gut blown out, and you can see her spine,” as one of my friends so keenly pointed out via text message?

Indeed, no one goes to a flick like Mortal Kombat expecting a breathtaking plot or strong acting, for that matter. However, after 2021’s Mortal Kombat, I felt obligated to go back to Paul Anderson’s cheesy 1995 classic Mortal Kombat to compare and contrast the two films. I was quite astonished at the similarities inherent in both flicks, particularly when it came to which characters the story focused on. I mean, for a game featuring (checks Google) 97 characters, you’d think the filmmakers would want to distinguish themselves from MK95 by introducing here-to-fore unseen heroes and villains.

Alas, this is not the case, which means I was stuck with an important question: which film portrayed its characters better?

Without further ado, behold the most epic battle you will ever, um, behold! MK1995 vs. MK2021. Only one will prevail. Fight! Christopher Lambert may have never lived up to his potential as an action star and squandered much of his star power in cornball franchises like Highlander. Yet, his performance in MK95 is f*****g iconic.

From his flowing white hair to his distracting accent and those spectacular wizard-like entrances accomplished via $10 special FX — keep in mind this movie came out two years after Jurassic Park — Lord Raiden in MK95 is mysterious enough to remain interesting and nutty enough to leave a lasting impression. Is he a friend, foe, or just a bizarre French dude who can shoot sparks from his fingers?

By comparison, Tadanobu Asano’s Lord Raiden mostly sits and broods in a chair like he’s auditioning to play “Not Ras Al Ghul, Jr.” in the upcoming The Batman. Asano more closely resembles his video game counterpart, but the character lacks a sinister side; and, oddly enough, is far too empathetic, if that makes any sense. His first appearance in MK21 has him coddle a baby for cripes’ sake… yeah, Lambert easily wins this round. This one isn’t fair considering the discrepancy between the two roles. MK95’s entire plot centers on Liu Kang, while MK21 shoves the beloved character aside and focuses on … Cole Young, aka Bland Hero. And so, while Ludi Lin gets a few killer death blows, his character spends far too much time on the sidelines overshadowed by Cole Young and the far more interesting Kung Lao.

In MK95, Robin Shou dominates as Kang and enjoys a character arc that sees him morph from doubtful participator to legendary warrior. Sure, his fight scenes are, ahem, not quite as cool as those in MK21, but at least he gets to take out the big bad, save the day and saunter off with a lady friend. Ok, here’s where my personal bias sets in. Bridgette Wilson-Sampras is one of those crushes we all had in junior high, along with Tiffani-Amber Thiessen, Jennifer Love Hewitt, and Meg Ryan circa Joe Versus the Volcano. I mean, that Veronica Vaughn is one piece of — well, you get the gist. And so, while Jessica McNamee’s Sonya Blade delivers the better performance in MK21 and enjoys a much more satisfying character arc that culminates with her taking down Kano via slash-and-hide tactics (versus Wilson-Sampras’ ridiculous Martin Riggs murder-by-legs-technique), MK95 Sonya’s sassy back-and-forth banter with Johnny Cage (Linden Ashby) along with the sheer fact that she’s Bridgette Wilson-Sampras wins out every time.

Plus, be honest, you cheered when Sonya and Johnny locked arms at the end of MK95 — a moment that still brings tears to my eyes. Not really, but it’s the most tender moment you’ll see between the two films, which has to mean something, right? Here’s another instance where newer isn’t exactly better. Chin Han has the look of Shang Tsung but lacks the menace to make the character truly memorable. Like Asano’s Raiden, he’s mostly relegated to the sidelines, where he throws shade at the combatants and waits nearly an hour and a half before unleashing his famed soul-eating superpower.

By contrast, Cary-Hiroyuki Tagawa’s Shang Tsung consumes souls in the opening scene of MK95, gets his own climatic fight-to-the-death sequence against the main protagonist, and leaves a much stronger impression than his MK21 counterpart thanks to the actor’s go-for-broke, snarling performance. Campy? Sure. But, damn, if it isn’t awesome. Ok, this one is a no-brainer. MK21’s handling of Kano is damned-near perfect, and it’s not insane to suggest Josh Lawson carries the film entirely on his back, even if his foul-mouthed, one-note performance grows a little wearisome by the second act.

Still, Lawson’s Kano certainly leaves an impression, which one cannot say of Trevor Goddard’s all-too-brief appearance as the character in MK95. The actor performs the role similarly to Lawson but goes down in a rather lackluster fashion via the aforementioned Sonya Blade leg-squeeze-of-death trick. A poorly directed fight scene undoes a kick-ass cameo. Too bad. This one is tough. Scorpion is mostly relegated to cameo status in MK95 but gets the best fight scene of the movie when he goes toe-to-toe against Johnny Cage amidst a striking forest backdrop (one of Anderson’s more brilliant ideas); and later removes his face to reveal an animatronic skeleton that blows fire, bleeds lava and later went on to star as the cab driver in Halloweentown. The character certainly leaves an impression, even if his moment to shine is over far too quickly.

In MK21, Hiroyuki Sanada portrays Scorpion as a tragic hero who finds a smidge of redemption when he arrives at the climax, takes out Sub-Zero, and saves the day. It works within the context of the film, but it also robs the character of his trademark cruelty, even as he blurts his famous “Get over here” battle cry. Revisiting MK95, I was surprised at how many fight scenes are packed into the 90-minute feature. The film is basically a series of set pieces distinguished only by their color grading and the occasional scenery changes. When they hit, such as the Johnny Cage vs. Scorpion battle, they really hit; and when they fail, well, you get Liu Kang vs. Sub-Zero.

Lit in blue hues, because, well, Sub-Zero, the sequence lacks any real punch and, much like the Reptile fight later on, basically amounts to two guys punching and kicking each other a lot before the director yells cut. Due to budget constraints, Sub-Zero never uses his patented frosty power and instead produces some goofy-looking force field that, oddly enough, leads to his demise via bucket-full-of-water.

MK21 Sub-Zero, as played by Joe Taslim, gets a lot more to do and looks great doing it. His battle with Jax early on is stunning in its brutality, and his bit during the climax in which he turns Scorpion’s blood into an ice pick is the kind of stuff Mortal Kombat fans have dreamed about for years. As stated above, the fight scenes in MK95 become quite repetitive. Enough so that it’s hard to distinguish one from the other. The Reptile vs. Liu Kang fight sequence is rendered tiresome due to a lack of creativity (and budget) on the filmmaker’s part. Ole Liu and Reptile-in-human form throw each other around a neon-lit room, jump through walls, spin, and yell in slow motion, all before the latter succumbs to death-by-Kang’s-boot — he leaves behind a pile of bugs for some reason.

Still, the fight commences with an announcer flatly stating “Reptile” when the character morphs from poorly 90s era CGI monster to humanoid, a moment that produces goosebumps to this day; and the fight scene, while mostly bland, still gives us more of the character than MK21.

In fact, the lizard’s appearance in the new film fails because, well, he doesn’t do anything particularly unique. He’s mostly stuck in invisibility mode while the actors try desperately to fight with thin air dramatically. Reptile doesn’t even morph into a human and is easily killed by Kano in a manner that would make Toad from X-Men laugh. Sure, the effects look a lot better here than those featured in MK95, but, despite its flaws, the Reptile that appears in the original Mortal Kombat is the one I want to see. As stated above, it’s remarkable how similar MK95 and MK21 are to one another. Case in point: Goro. The four-armed baddie has little more than a brief cameo in either film … and disappoints in each case. In MK95, he pops in to fight Johnny Cage in a quick skirmish undone by poor animatronics and bad special FX, while MK21 has him pop out of Bland Hero’s tool shed for a just-as-quick smackdown on the front lawn undone by some so-so CGI. Neither film reveals anything about the character, other than he’s big, mean, has four arms, and has a hard time fighting dudes in goofy shirts.

MK21 gets the slight nod here for not having Bland Hero punch Goro in the balls. Plus, complain as I might about MK21’s CGI, Goro’s animation is leaps and bounds better than whatever the hell that was in MK95.

So there you have it. By my count, MK95 wins by a nose. But don’t take my word for it. Check out both Mortal Kombat flicks on HBO Max and decide for yourself which film deserves the ultimate victory!