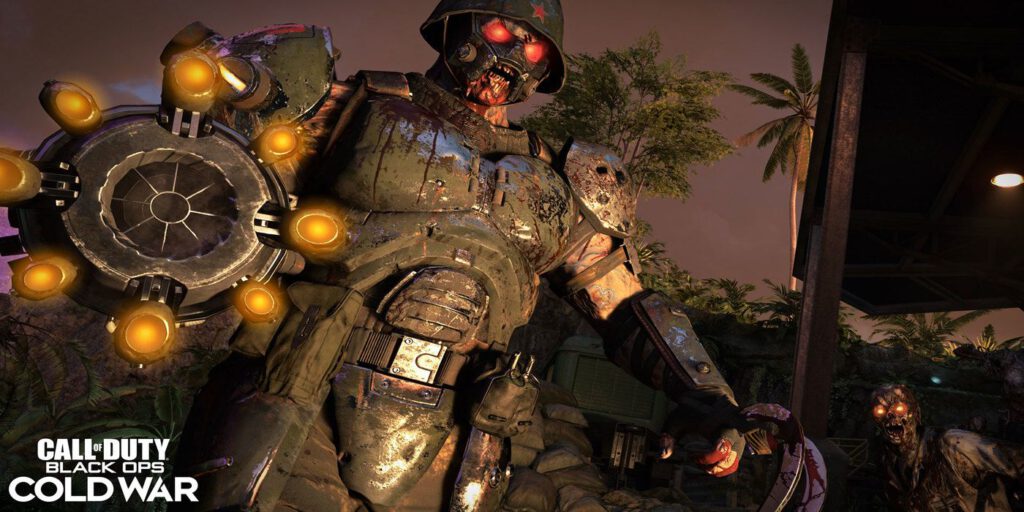 Treyarch released several teasers and trailers prior to releasing Firebase Z for Call of Duty: Black Ops Cold War, with several core aspects of the map detailed ahead of time. From the RAI-K 84 Wonder Weapon to the new Mimic enemy type and the return of Manglers, plenty was shown early for the Vietnam-based location. However, several features that make Firebase Z a blast to play were not highlighted ahead of time, with Treyarch waiting for layers to see the changes themselves once the map released.

The new Call of Duty: Black Ops Cold War Zombies map shows that Treyarch has listened to community feedback in a few key areas. Making significant quality of life upgrades to the core gameplay loop of Zombies, players can focus on having fun and slaying Zombies without needing to take unnecessary risks or boring walks. Further, Firebase Z has introduced one of the most well-rounded Wonder Weapons yet, with an upgrade path for casual players and another for quest-lovers. The result of these smart changes is a Zombies experience that trims the fat from the already slimmed-down Die Maschine — making for the smoothest gameplay loop the mode has ever seen.

Call of Duty Zombies’ trial system has appeared in several maps. Whether it was the chest on Origins, the reward slabs on Gorod Krovi and Revelations, the banners on IX and pot on Ancient Evil, or the totems in Tag Der Toten, several maps have had challenges for players to complete as they progress through each game. Call of Duty: Black Ops Cold War is no different, as the Die Maschine launch map used the system once again.

Mixing in lore-filled intel rewards with free Max Ammo drops and Wonder Weapons, challenges offer plenty of rewards in Call of Duty: Black Ops Cold War. Beyond that, they are well-designed, as there are several different trials available — meaning that players will rarely see all the challenges in a single game. Despite this, most players ignore them in Die Maschine, specifically on the high rounds. With the room where the trials are held being an absolute death trap and the risk not being worth the reward, a feature meant to keep players engaged throughout the game is often forgotten about early.

In Firebase Z, however, this changes. Trials are moved to the Helipad, the central area of the map, allowing players to access them even sooner into the game. More importantly, this new Trials area connects the entire map, serving as a hub for Firebase Z. While the map has several training spots that can give even squads of four variety, one of the absolute best is the Helipad itself. Anything but a death trap, the new location for Trials encourages players to keep doing them as the game goes on, which is what was originally intended in the first place. With a simple location change, Trials have gone from a brief distraction to an engaging mechanic worth using throughout every game.

Call of Duty: Black Ops Cold War introduced several game-changing features, and one of the most noteworthy is the game’s armor system. Doing away with the Zombie Shield system that debuted in Call of Duty: Black Ops 2 and continued being used throughout Call of Duty: Black Ops 3 and 4, armor is far less demanding of players. Not only does it not have to be built, but it protects players from all angles as opposed to one, making it a stronger tool for defending against the attacks of the undead.

In many ways, Call of Duty Zombies’ new armor system is a major improvement over what is seen in past games. However, in Call of Duty: Black Ops Cold War’s inaugural map, one issue with the riot shield is retained with armor stands: only one is available. While this would normally be annoying, the fact that the armor is in the underground facility and Die Maschine’s most enjoyable training spots are found above means that players must make a lengthy trek down to the armor stand whenever their protective gear breaks. While this many have been intended to add challenge, it fails to do so for high level players, instead becoming a tedious task that slows down the flow of the game.

As such, consistent player feedback saw requests for Treyarch to add more armor stands to Die Maschine. While that has not yet happened, players can find several armor stands within Firebase Z, indicating that Treyarch has heard the criticism loud and clear. Players can now continue to fly through the rounds in whichever area they prefer fighting in, as armor stands can be found in each portion of the military base. With the spawn area also including an armor stand of its own, players are free to play wherever they want to play. With more crafting tables spread throughout the map as well, players do not need to make any long walks just to build items, change weapon tiers, or restore armor. Hopefully, this is the new standard going forward, as it keeps gameplay engaging and fast-paced.

Call of Duty Zombies has seen many Wonder Weapons over its storied history, and few have disappointed. Despite so many different styles and specialties, from the electricity-firing Wunderwaffe DG-2 to the elemental staffs of Origins, there have always been two ways to upgrade wonder weapons. In older games, it was as simple as sticking a weapon into the Pack-A-Punch machine, while in later games, most weapons required puzzles to be completed and quests to be carried out to secure different upgrades.

While having different kinds of upgrades for Wonder Weapons can add to a map’s replay value and ensure that each player is using a different variant of the gun, casual players can be left behind. At the same time, simply pack-a-punching every special weapon like it is a normal gun would get old, especially for those that play the mode often. As such, there is usually a dilemma for Treyarch and a divide in the Zombies community as to what upgrade system is superior — but Firebase Z seemingly bucks this trend. For the first time ever, it appears that players can pack-a-punch a base wonder weapon while also carrying out several different upgrade quests for new ammo types.

Though the ammo types have not yet been found, the appearance of the capsules on the HUD indicates that they do exist, likely locked with the main easter egg quest for the time being. This decision not only makes the RAI-K 84 better than the D.I.E. Shockwave but allows it to be a cut above some of the absolute best Wonder Weapons throughout Zombies history. Casual players not interested in puzzles and quests can upgrade the base version of the RAI-K 84 three times, making it viable and fun to use for the duration of the match. For players looking to make the weapon more unique, it appears that they can soon complete upgrade quests to unlock different ammo types. As such, the RAI-K 84 is the best of both worlds, as it does not punish players for playing a certain way.

While players were forced to go on upgrade quests for the elemental bows in the Der Eisendrache map and the D.I.E. Shockwave in Die Maschine, as the base versions became useless in mid-high rounds, there is no such requirement in Firebase Z. The RAI-K 84 is a blast to use in its base form, and it stays viable throughout entire matches. At the same time, players who want something more from the weapon and map can find it, meaning that Treyarch has finally introduced a Wonder Weapon that can satisfy everyone. When combined with the armor station and trial changes, the creative decisions for Firebase Z set a new standard for Call of Duty: Black Ops Cold War Zombies — giving all players a reason to be excited for whatever comes next.

Every Skull and Bones Trailer Revealed So Far