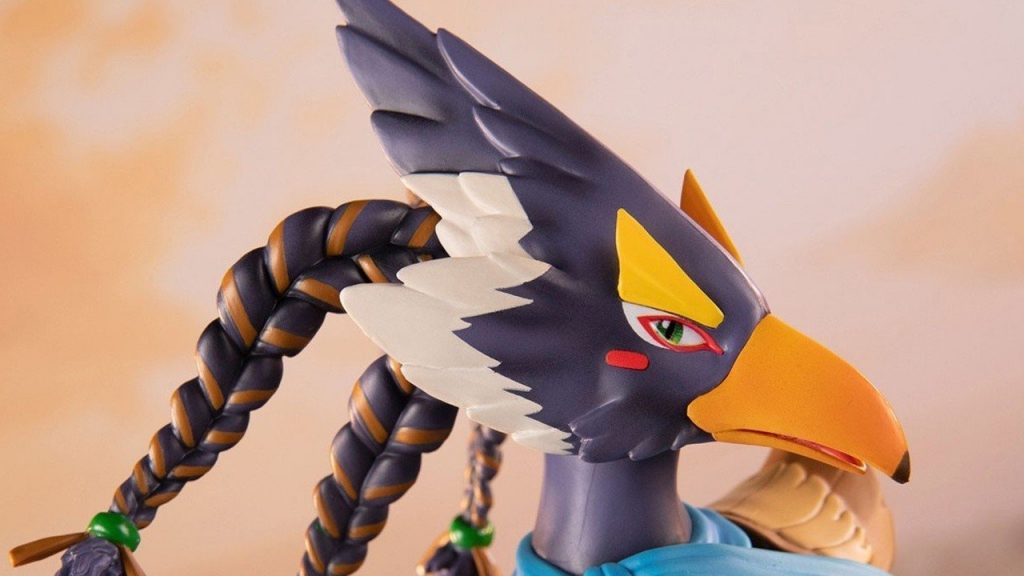 The highly detailed Revali PVC statue is inspired by his official artwork from The Legend of Zelda™: Breath of the Wild. Revali is in this stoic pose wielding the Great Eagle Bow, which has a slightly elastic bowstring. As one of the four Champions of Hyrule, he dons the blue cloth bestowed upon them by Princess Zelda as a symbol that they are, indeed, Champions of Hyrule. And given the direction of where the cloth is blowing, it even adds a certain dynamism to the piece.

The design on the base is based on the Sheikah tribe’s eye symbol that appears when activating the Sheikah Slate interface, and the Exclusive Edition of this statue comes with bright LED functions for the base.

With the Exclusive Edition, you also receive First 4 Figures’ beautifully designed signature Premium Deluxe Box that perfectly complements its contents and may serve as a display.

In a post across its social channels, F4F revealed the “Champions Series” would be “coming soon” and that the first figure – Revali – was now in development. Here’s a quick teaser:

In a full post on the company’s official website, it was reiterated how Revali is already in the “physical stage” of development. While the Champions series has been confirmed as coming soon – keep in mind, “no release date has been announced” yet.

So, what do you think of Revali tease? Would you be interested in any other of the Champions from Breath of the Wild and Hyrule Warriors: Age of Calamity? And if you want to settle for something smaller, there’s always the amiibo line.