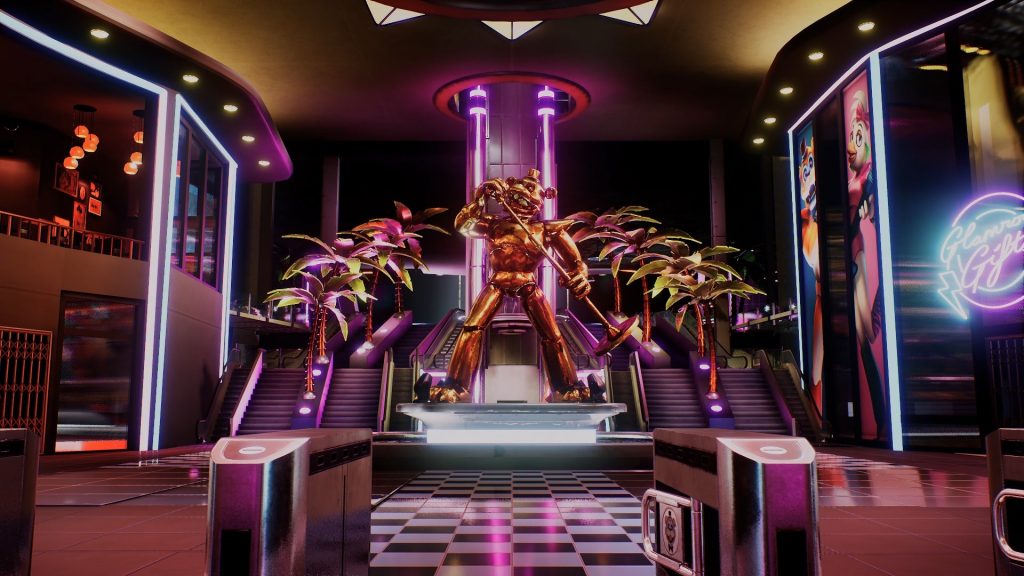 Security Breach, the six-hundredth or so entry in the Five Nights at Freddy’s series, joins the ever-growing list of delayed games. Creator Scott Cawthon has chosen to apologize by offering players a free FNaF-related beat-em-up game called Security Breach: Fury’s Rage. It’s more than we’ve gotten as recompense for all the other game delays we’ve seen in the last 16 months, so that’s something at least.

FNaF: Security Breach, which was originally announced in late 2020 and has already been delayed once, allows players to roam an opulent, expensive-looking indoor playground — the latest location of the bafflingly popular Fazbear Entertainment franchise and its absurdly high body count. The good (I think) news is that the game’s delay doesn’t actually seem to be due to the awful global pandemic — or at least, if it is, Cawthon doesn’t say so.

According to Cawthon’s post on Reddit, the game just needs more time full stop: “As you all know, Security Breach was originally planned to come out at the end of 2020, but as we kept working on it and kept adding to it, it just kept getting bigger and bigger and needed more time to finish. And now, again, I’ve made the decision to put more time and money into it to make sure it’s finished properly, and that means a late 2021 release instead of an early 2021 release like I had originally wanted. It will be worth it!”

To help soften the blow of the game’s delay, Cawthon threw together a Streets of Rage-style beat-em-up title called Security Breach: Fury’s Rage. Starring four toughened versions of the FNaF animatronics — Freddy, Monty, Chica, and Roxanne — roaming the streets and beating up other anthropomorphic animals. It’s a surprisingly well-put-together game considering the circumstances under which it was released. It’s available to download for free from GameJolt.