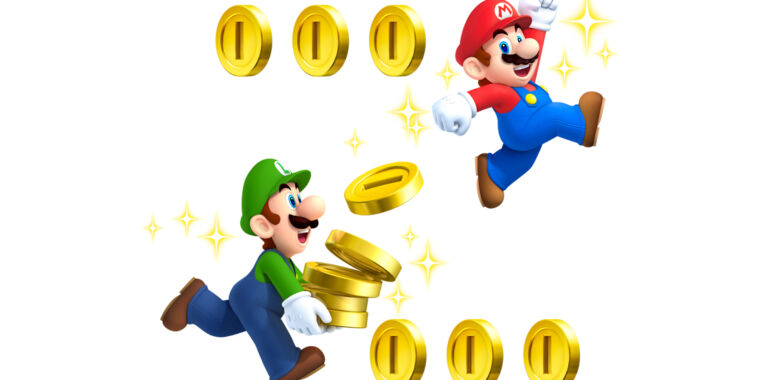 The now-unemployed owner of a shuttered ROM distribution site has been ordered to pay $2.1 million in damages to Nintendo after trying and failing to defend himself in the case.

In September 2019, Nintendo filed a lawsuit against Los Angeles resident Matthew Storman over his operation of RomUniverse.com, which offered prominent downloads of “Nintendo Switch Scene Roms” and other copyrighted game files. At the time, Nintendo said that the site had been “among the most visited and notorious online hubs for pirated Nintendo video games” for “over a decade.”

Storman has admitted that, in 2019, the site made up the bulk of his $30,000 to $36,000 a year in income. This included direct revenue from the sale of “premium unlimited accounts” for $30 per year that provided users with faster downloads and no limits. By the time Storman agreed to shut the site down in a September 2020 agreement with Nintendo, he said he was deriving $800 a month from the site. According to court documents, Storman’s income is now derived primarily from “unemployment and food stamps.”

In a motion for dismissal, Storman invoked the “safe harbor” protections of the Digital Millennium Copyright Act (DMCA), arguing that he was just a neutral service provider for users sharing files. He also pointed out that he had agreed to Nintendo’s DMCA takedown requests in the past.

During a deposition, though, Nintendo got Storman to admit that he had uploaded Nintendo’s copyrighted ROM files himself, obliterating any attempts at a “safe harbor” claim. Another attempted Storman defense based on the “first sale doctrine” also failed to go anywhere, since the site was distributing copies rather than Storman’s personal property.

Storman also angered Nintendo and the court by failing to respect an order to provide “communications with his website administrators” and “data showing how many times each of the pirated video games had been downloaded.” In September 2020, Storman said that the data was no longer available, leading Nintendo to allege that he had “destroyed it.”

While Nintendo originally claimed that RomUniverse was responsible for “hundreds of thousands” of copyrighted downloads, that number was lowered to 50,000 based on evidence gleaned from screenshots of the site. Nintendo argued that each download cost it between $20 and $60 (the average cost of new games it sells) and that it had therefore lost one to three million dollars in revenue.

In providing summary judgement for Nintendo (as noted by Torrent Freak), the judge suggested that this was a clear case of infringement, one in which “there is no genuine issue of material fact that Plaintiff owns the copyrighted works and Defendant copied the works.” While Nintendo sought $4.41 million in copyright damages—or $90,000 each for 49 games—the judge lowered the amount to $1.715 million ($30,000 per work). That amount should be sufficient to “compensate Plaintiff for its lost revenue and deter Defendant who is currently unemployed and has already shut down the website,” the judge wrote.

The judge also awarded an additional $400,000 for RomUniverse’s use of Nintendo’s trademarked box art, down from a massive $11.2 million ask. But Storman avoided a permanent injunction on “future infringement,” with the judge suggesting that there was no “irreparable harm” given the monetary damages and the fact that the site had already been shuttered.