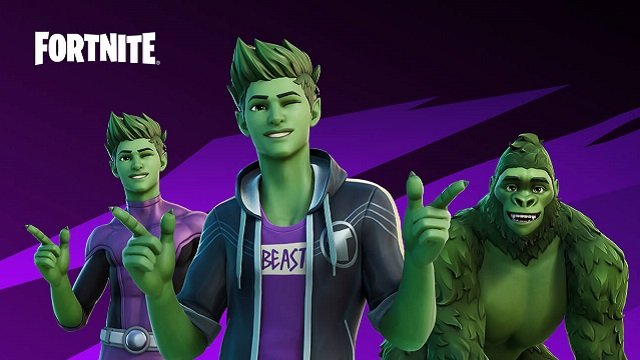 Another member of the Teen Titans is joining the growing number of crossover characters in Fortnite. Joining Raven from this season’s Battle Pass is the always jovial Beast Boy.

The transformative teen will be available in the game’s item shop for purchase on May 13. Alongside both a casual and super-suited version of the characters, purchasers receive an emote that transforms him into a gorilla, a color-appropriate baseball bat, and a pizza box to strap on his back.

On Wednesday, May 12, Fortnite will host the Teen Titans Cup, a Duos tournament for players that includes the Beast Boy skin as one of its top prizes. This will be the first opportunity for players to grab the skin, and there are also Beast Boy-themed cosmetics to earn as they climb the ladder. Players need to have Two-Factor Authentication enabled and reach account level 30 to participate in the tournament.

Shapeshifter and self-proclaimed “cutest” of the Teen Titans, @DCComics Beast Boy is coming to the Island 🦍

Learn about his Set and the Teen Titans Cup where you can earn his Outfit and exclusive Beast Boy & Raven rewards created by @_gabrielpicolo!

DC artist Gabriel Picolo is a name that’s already familiar with Beast Boy fans, as he’s working on the upcoming graphic novel, Beast Boy Loves Raven. It only makes sense that Fortnite would reach out to him to create a few comic panels for the event as well as the cosmetic icons and loading screens for the Teen Titans Cup.

Fortnite‘s current season is Primal, running from now until June 7. In addition to Beast Boy and Raven, several other DC characters are making their way into the game, tying into a currently running Batman/Fortnite comic.