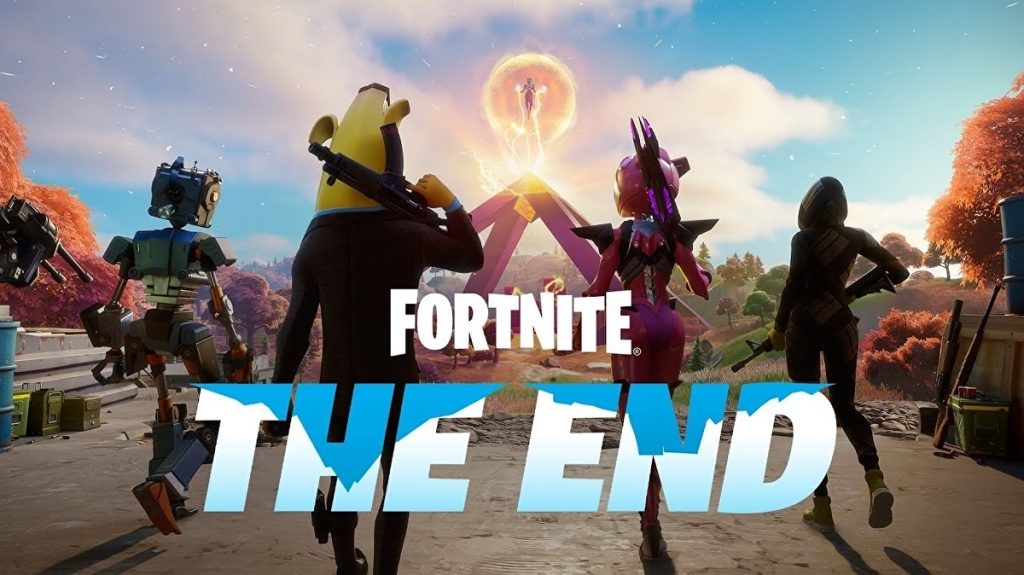 Epic Games confirmed the timing for this season’s ending live event this afternoon – and acknowledged it would also bookend the game’s second Chapter. This backs up earlier rumours reported by Eurogamer that Epic planned to deploy Chapter 3 in December, rather than continuing Chapter 2 into a ninth season.

You’ll want to tune in on Saturday, 4th December at 9pm UK time (4pm Eastern, 1pm Pacific) to witness the game’s second Island going for good. A period of downtime is then expected to follow.

“With The Convergence complete, The Cube Queen prepares her endgame for the Island and nothing will ever be the same,” Epic Games wrote today. “Grab your weapons and fight the ultimate destroyer of all reality. Join ‘The End’, a one-time only in-game event and battle for your legacy.

“‘The End’ marks the finale of Fortnite Chapter 2. This climatic event takes place on December 4 at 4pm ET as players take on The Cube Queen in one last stand for the fate of the Island.”

Groups of up to 16 friends can squad together. All who attend receive in-game rewards: a unique weapon skin and loading screen.

A finale on 4th December means the game’s currently-stated season end date will be cut short by 24 hours. In recompense, anyone logging in between now and the season end get a 225k XP dollop automatically applied to their account. A Power Levelling weekend (which traditionally awards 4x XP) will also take place this weekend to enable anyone lagging behind on their battle pass to get everything done.

All of this is a big deal for Fortnite fans. The hugely-popular battle royale features daily and weekly tweaks to its Island home, while seasons often see dramatic changes to large portions. But it has only swapped out its map wholesale once before – back during the infamous black hole of October 2019. Players have now spent longer on this new, second map than the original – and there had been growing rumours that the end was nigh.

Epic Games has been subtly hinting at this season being the last – reintroducing many old favourite items and vehicles, for example – while the game’s storyline feels like it is reaching a point even more climactic than normal.

There’s no official word yet on what exactly Chapter 3 will feature, or what its new map looks like. But leaks suggest Epic is using this moment to update Fortnite with fresh gameplay mechanics and shift the game to Unreal Engine 5.

And then, beyond the launch of Chapter 3, December is expected to be a busy one for Fortnite. We already know Boba Fett is dropping in time for Christmas, when Fortnite always hosts a big seasonal event. But fans also expect a couple of other big collaborations to tie in with upcoming movies such as Spider-Man and The Matrix Revolutions, too.