Fortnite: How To Tame A Raptor 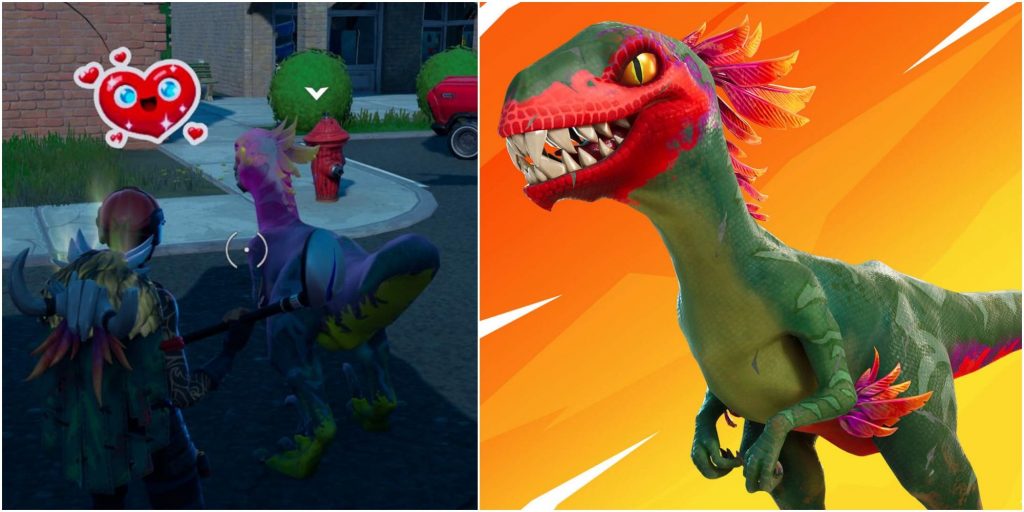 Fortnite has introduced tameable animals including the epic raptor into this season. Learn how to befriend these critters for maximum shenanigans.

One of the best parts of Fortnite is its ever-rotating list of adventures, locations, and characters. Only now, that list includes literal dinosaurs that players can make friends with. Always wanted to have your own pet dinosaur since Jurassic Park both terrified and fascinated you? Now, you can. Well, in Fortnite anyway.

RELATED: Fortnite: How To Get An Egg Launcher

Raptors have been added to the game very recently. There had been rumors that the eggs found around the island seemed to be cracking and that there would be dinosaurs inside. Considering that this season is primal-themed, it only makes sense. Before, we showed you how you could tame wolves and other animals but and now we’re going to let you in on how you can tame Raptors.

The first thing you’ll need to do is to craft a Hunter’s Cloak. This is quite an easy thing to do. The only items you’ll need are a piece of meat and two animal bones.

Animal bones are available as floor-loot now, they will also drop if you break certain pieces of furniture. If you see a structure with a skull on it or a table with a plate full of meat on it, break it to obtain an animal bone.

The most traditional way is to obtain bones by hunting wildlife. Chickens, wolves, and boars will all drop bones if killed. They will drop a piece of meat as well. So, if you hunt you will obtain the two necessary ingredients.

Once you have them, just open your inventory. Go into the Crafting tab and select the meat. If you have two bones it will allow you to craft a Hunter’s Cloak.

How To Tame A Raptor In Fortnite

You can equip it by selecting it and pressing the USE button.

This will make it so hostile animals don’t attack you after spotting you, great for catching Raptors since they deal 25 damage to players and 200 to structures.

You can either use meat or fish as Raptor bait. So, kill an animal or catch a fish. Once you have the bait in your inventory, throw it. You should throw it close enough to the Raptor but also not too far away from you since Raptors are extremely fast and they’ll eat the bait and move on pretty quickly.

Once the Raptor is distracted with the bait you’ve thrown, approach it. Before it runs off, press and hold the TAME button.

This only takes a few seconds but it can be hard to do if the Raptor starts walking away as you’re still trying to tame it. If you’re successful, you will now have a pet Raptor until the end of the match. Be sure to protect it though, since they can die due to fall damage, enemy fire and they can also die if they stay in the storm too long.

You’re probably wondering, now that you have a pet Raptor, can you ride it around the island? And, although it sounds awesome, no, you cannot. But, you’ll be happy to know that the Raptor will attack enemy players and try its best to protect you.

This is just one of Season 6’s various new mechanics. The game is constantly being updated and there’s no doubt that new content and new features will continue to be added to keep it fresh.

NEXT: Fortnite: Every Week 3 Challenge

Ashely Claudino is a translator, writer, and above-all someone with a lot of love for video games. She has a Translation degree, which she obtained at the University of Lisbon in 2020. During her internship at the National Museum of Natural History and Science, she worked as a translator and editor. Now, Ashely translates indies for fun and writes about video games.